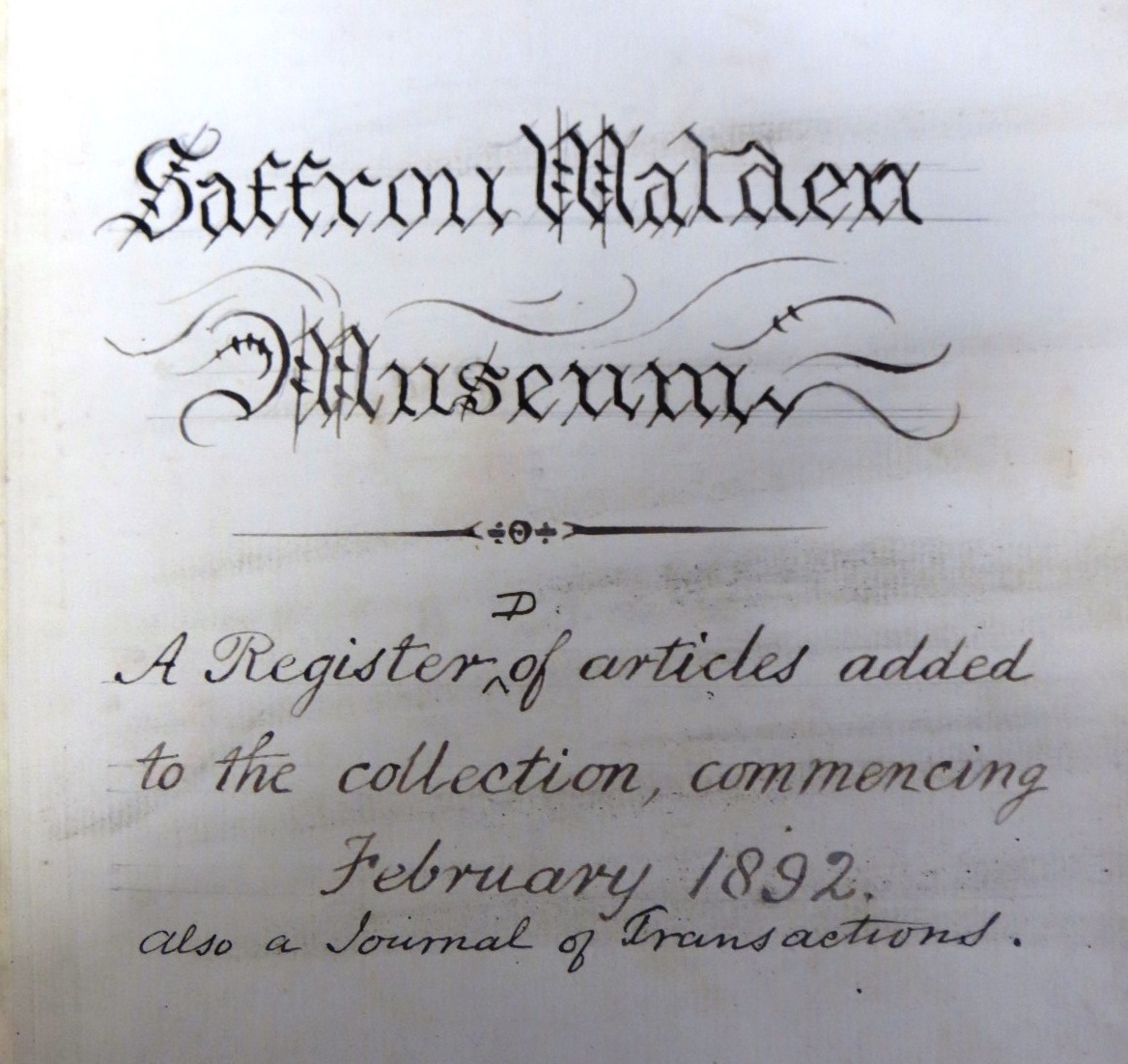 The first accession register was compiled retrospectively, by the museum’s first curator, in 1881. He used minute books, letters and the memories of the trustees to record the objects collected since 1832. The very first item to be recorded was a small Roman urn which was discovered when the King Edward VI Almshouses in Saffron Walden were being built.

Each object that comes into the museum’s collection is given a unique accession number, which is recorded in the accession register, along with information about the provenance of the object. In this photo, you can see that the urn has been given the number 1.1832, which means that this was the first object collected in the year 1832. Today we use the same system in reverse – our most recent acquisition is a souvenir programme for the 2016 Thaxted Festival, with accession number 2016.17. 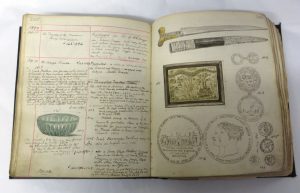 Our older accession registers are beautiful and fascinating objects in themselves. The curators drew detailed and very skilled illustrations of many of the objects, which are still useful in helping us to identify objects. Today we take digital photographs of objects, rather than drawing them.

The accession registers can provide an insight into the patterns of collecting and the impact of social and cultural events over the museum’s history. For example, many of the early acquisitions were world cultures objects, reflecting the nineteenth-century trend for travel, exploration and missionary work. We can also see the impact of the two world wars on collecting: the first object relating to World War I was received in 1917, when the war was still ongoing, and it was a selection of shell splinters from the 1916 Battle of Jutland. During World War II, there was a huge decrease in the number of objects received. 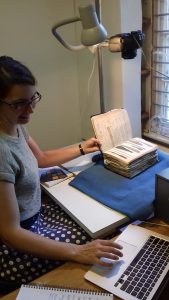 Many of the older accession registers are very fragile and are being damaged by constant use by staff, volunteers and researchers. To prevent further deterioration, we are currently digitising the older registers. High resolution photographs are being taken of every page by Arlie McCarthy, a specialist in digitisation. This is a time-consuming process, as some of the registers have over 600 pages, but it will make it much easier to access the information in the registers and ensure that the originals are preserved for the future.