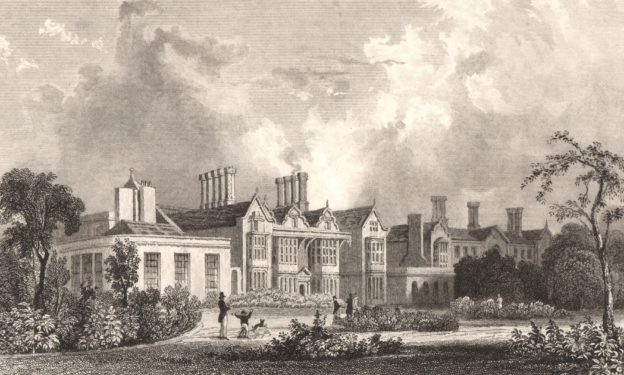 The gardens, grounds and estate of Easton Lodge, Little Easton, close to Dunmow, date back to Tudor times. In 1590, they were granted to Henry Maynard who later built a house there.

In 1847 a disastrous fire broke out in the mansion at 3am, destroying almost all of the Elizabethan parts of the building. Lord Viscount Maynard (Lord-Lieutenant of Essex), his wife, Lady Maynard, their daughter, the Honourable Miss Maynard and their servants attempted to halt the spread of the fire using sections of carpet and buckets of water, but it was in vain.

Despite having the estate’s small fire engine and the Thaxted engine onsite they were unable to put the fire out. Their efforts to call for more assistance were hampered when they found the alarm bell rope tangled and unable to be used.  Thankfully everyone was safe.  The collections of books, paintings and fine furniture were salvaged and the horses were moved to safety.  However, so many features of the original house such as the old turret clock were lost forever.  After the fire it was discovered that although the estate’s farms had been insured, the mansion and its contents were not.  The house was rebuilt in brick and stucco in the Victorian Gothic style to the designs of Thomas Hopper, in what turned out to be his last commission before his death.

In 1865, the Easton Lodge estate was inherited by 3 year old Frances ‘Daisy’ Maynard, following the deaths of her father and grandfather. She went on to marry Lord Brooke (who later became the Earl of Warwick).  The couple chose to live the majority of their time at Easton Lodge, rather than in their London home.

In 1918, there was yet another major fire at Easton Lodge. One of Daisy’s pet monkeys fell ill and was wrapped in a blanket and taken into the night nursery.  It sat on the stove for extra warmth and the blanket subsequently caught fire.  The monkey panicked and ran around the room with the burning blanket in its wake, igniting the curtains and upholstery.  The Dunmow Fire Brigade was called out.  Unfortunately, the fire spread so quickly that the private quarters in the west wing, the kitchen and the servant’s quarters were all gutted by fire, with the loss of numerous letters and papers belonging to the Countess, but thankfully there was no loss of either human or animal life!

After this fire, the couple employed the architect, Philip Tilden, who designed Selfridges in Oxford Street, to plan the re-build. The west wing was constructed as a separate building, becoming what was later known as Lady Warwick’s Great Room (this is now the present Warwick House, home of the Creasey family from 1971-2010). However, the Countess’ finances were in a downward spiral, and many of Tilden’s elaborate plans for Easton Lodge never came to fruition.  The majority of the estate was sold to cover her debts around 1919. 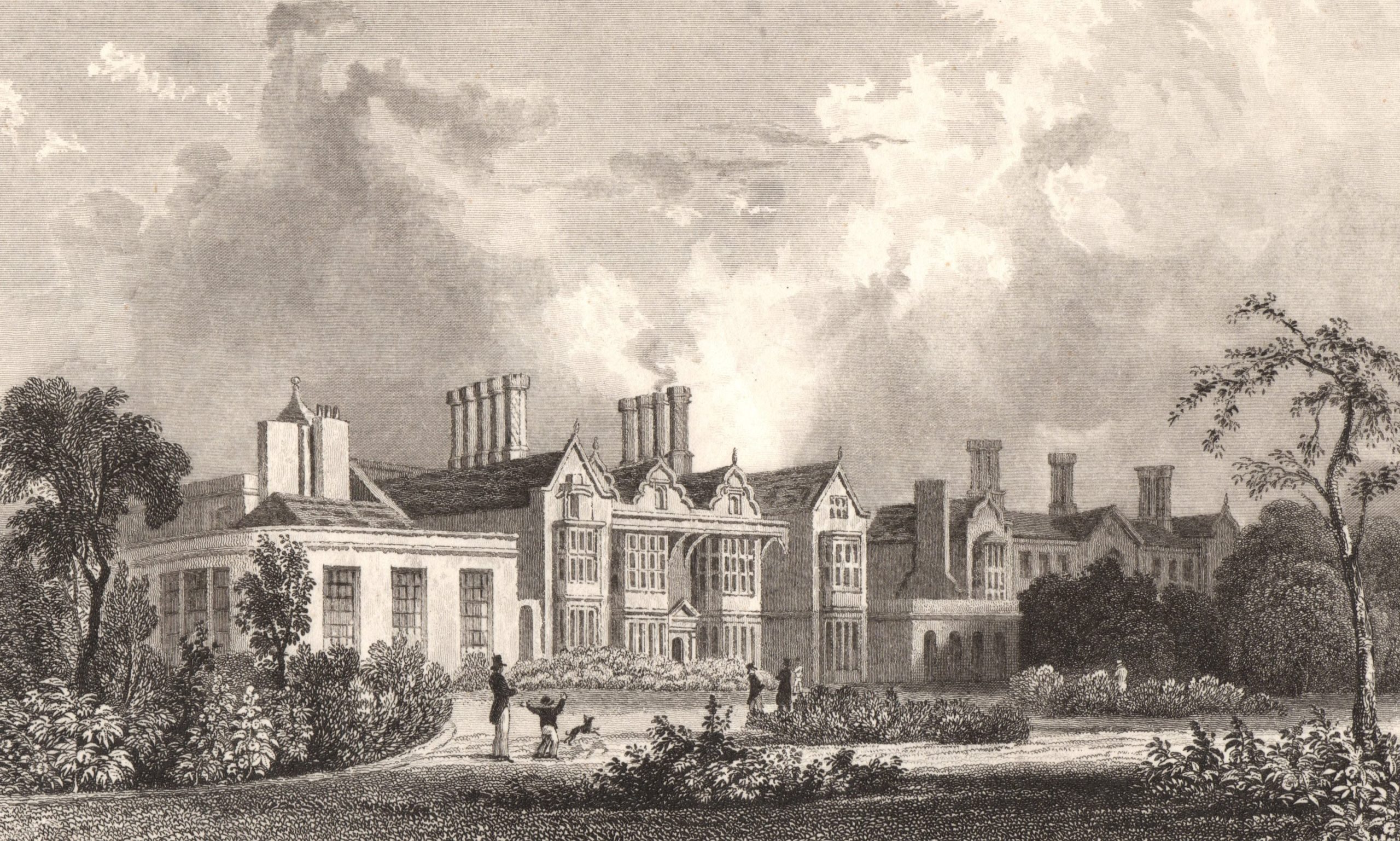 The print of an engraving of Easton Lodge completed by Henry Adlard, after an image drawn by W Bartlett which was published in 1832 by George Virtue. 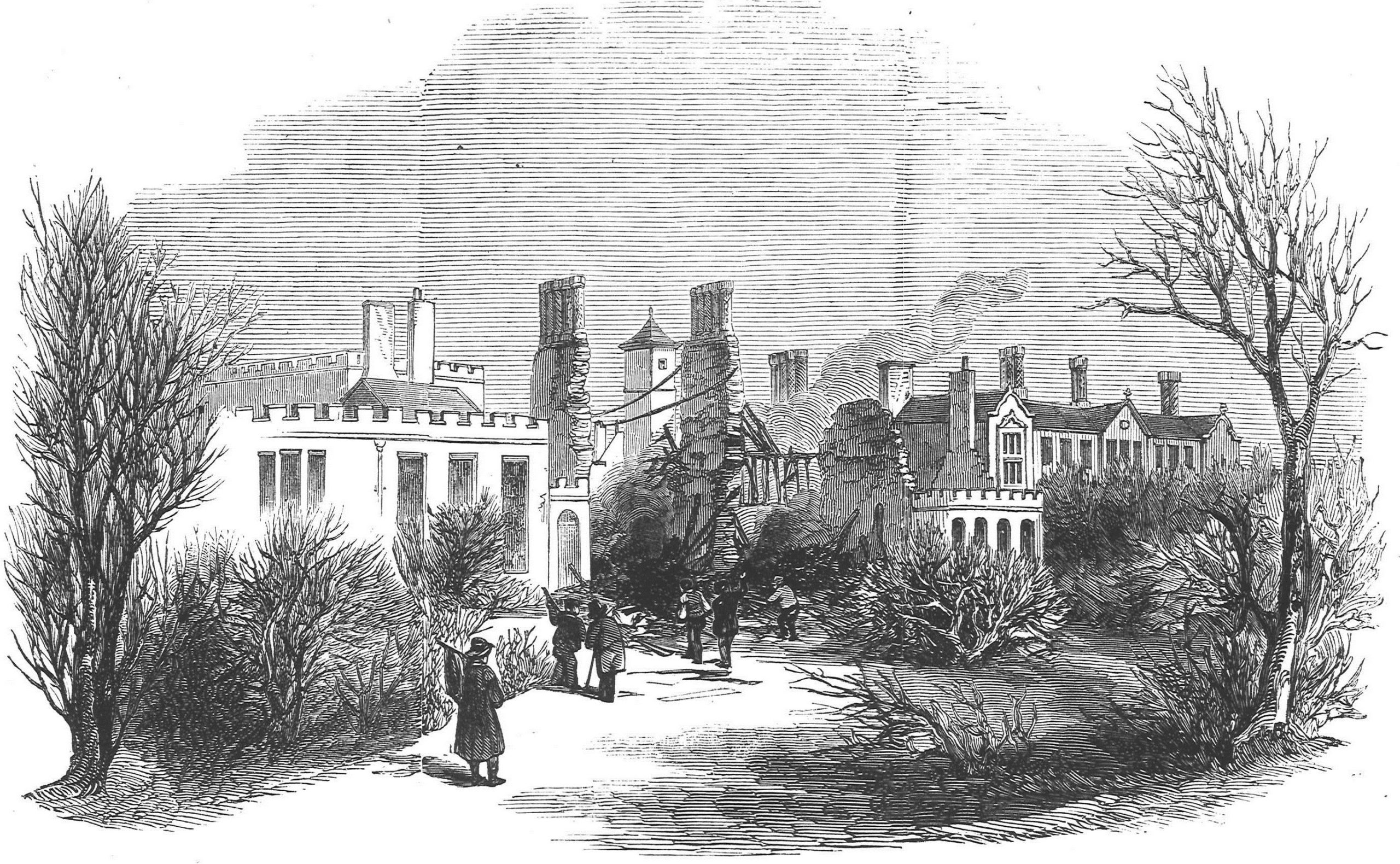 Print showing Easton Lodge after the fire of 1847, it shows a fire engine which probably belonged to the estate.