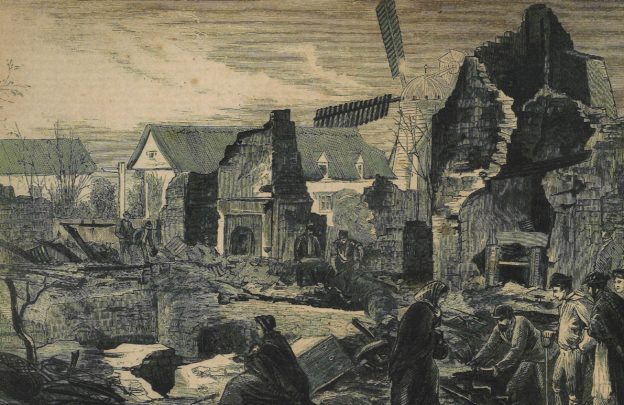 Great fire of Radwinter – A poster (shown in our local history gallery) was produced to encourage people to raise funds for those affected by the Radwinter fire in which 24 buildings were destroyed and 95 people were left homeless. The fire was found to have been caused accidentally by a young girl playing with matches in a barn. The Saffron Walden and Audley End fire engines attended and sucked the local ponds drying trying to extinguish the fire.  The charred remains of a black jug can be seen in the Museum’s Local History Gallery, Fire Brigade display case. 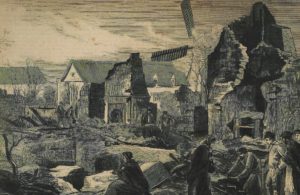