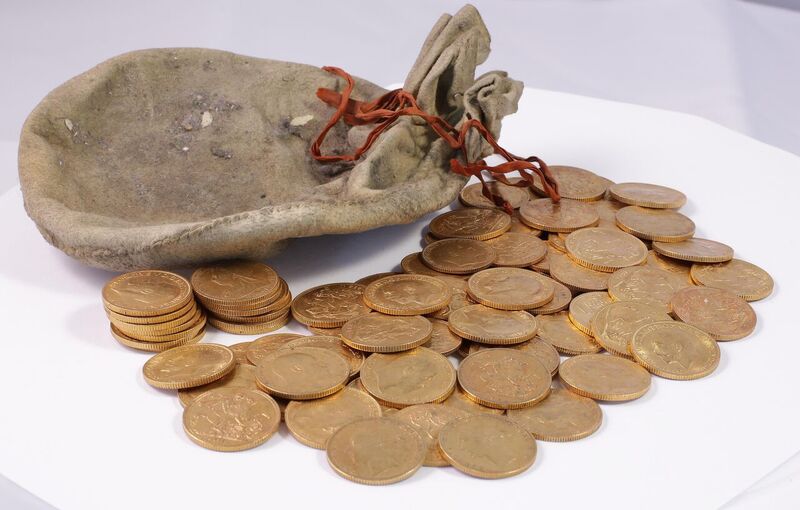 On 16 March 2017, an inquest was resumed by H.M. Senior Coroner, Mr. John Ellery at Shrewsbury Coroner’s Court, in relation to a substantial find of potential Treasure recently discovered within a piano in South West Shropshire. The inquest was originally opened on 12 January 2017 and adjourned awaiting further investigation.  The find was swiftly reported by the current owners of the piano and was deposited at Ludlow Museum Resource Centre / Shropshire Museums before Christmas. The coroner commends all parties who have to date provided him with valuable information and co-operation in this case.

The hoard is less than 300 years old and to qualify as Treasure under the terms defined by the Treasure Act (1996) it must be substantially made of gold or silver; deliberately concealed by the owner with a view to later recovery; and the owner, or his or her present heirs or successors, must be unknown.

On the 12 January Mr. Ellery asked the public for information regarding the hoards original owners and their heirs or successors. He is very grateful to the media for the publicity they gave the story and for all the members of the public who have come forward with information or with potential claims. 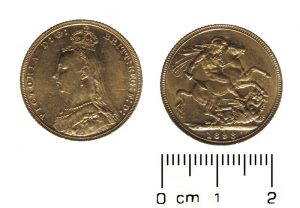 On 16 March, Mr Ellery heard about the nature of the find. The hoard is formed of gold sovereigns and half sovereigns dating from the reigns of Victoria, Edward VII and George V. The oldest coin within the group was made in 1847 and the youngest in 1915. This suggests that the coins were deliberately hidden after this date. He also heard that the history of the piano had been securely traced after 1983. He is still
seeking information about the ownership of the piano between 1906 and 1983. We know that the piano was originally sold to Messrs Beavan and Mothersole of Saffron Walden, Essex in 1906 and was acquired through private sale again in Saffron Walden in 1983.

The Coroner has therefore deferred the conclusion of the inquest to allow for more time for anyone to come forward with information about the piano from the North Essex / Saffron Walden area. The inquest will resume and conclude on 20 April 2017. 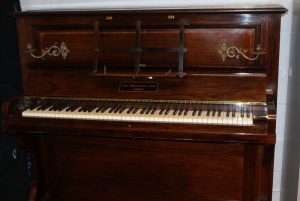 Anyone with information about the previous owners of the piano, their heirs or successors, or the extent of the hoard, should provide this in writing to Mr. Ellery at the Coroner’s Office for Shropshire, Telford and Wrekin at the Shirehall, Abbey Foregate, Shrewsbury, SY2 6ND. The Coroner will require evidence about the extent of the find (i.e. what it comprises); how, when, where and why the find was concealed; and evidence upon which they can be sure of the ownership by any potential claimant.