Earlier this summer, I was lucky enough to be given the opportunity to become the artist in residence at Saffron Walden Museum in collaboration with the Snapping the Stiletto project.

The aim of the residency was to use the resources available at the museum to inspire and drive my work, with the end result of creating something that reflected the Essex woman, from a more historical perspective, challenging the very misconstrued idea of the modern ‘Essex girl’.

Being from Essex, this has always been a problematic term for me, one that belittles us and wrongly portrays us.  It feels so far from all the real Essex girls I know and love, and I was keen to produce something that truly identifies us and our roots – celebrating us for the strong-willed women I have always known us to be.

Throughout my time at the museum, I’ve really been given the opportunity to learn more about the ‘Essex Woman’ with thanks to the vast wealth of knowledge that was suddenly made available to me. Very early into the residency I was lucky enough to get my hands on the diaries of local woman, Evelyn Coleman, previously Evelyn Nee Parker. These diaries dated back as far as 1940 and continued all the way through to 2009. This was particularly interesting as I could get a good feel of a journey of a place and a time, much before I was born, right into a year that I can relate to and remember.

However, it was the earlier years of these diaries that intrigued me most for this project. Evelyn speaks about the war as a teenager and then in time, ends up joining the land army. This insight into the land army made me think also about our county’s connections to agriculture, with East Anglia being recognised as the ‘most productive crop producer in the UK’.

It was this, alongside a cross stitch piece by a young girl who went by the name Martha Smee that can be found in the Costume, Textiles, Toys and Games gallery, that inspired the floral element within the wall hanging that I later went on to produce. I chose the common poppy to feature in my work after I researched whether Essex had a flower associated to it – and indeed, it was the common poppy. Further research taught me that the common poppy was also recognised in Roman and Greek culture as a sign of fertility of the land, therefore, it seemed most appropriate to include it (not to mention our Roman links – with Colchester being the first Roman capital of Britain!).

The work also includes a stiletto – inspired by the one on show in the Costume, Textiles, Toys and Games gallery. I decided that this object deserved centre stage in the work, with the ‘Essex girl’ so often associated to white stilettos, and as a nod to the group that helped make this happen – Snapping the Stiletto. It’s a fierce looking object, particularly when blown up to the scale I’ve made it on my work. Its name is derived from the stiletto dagger, due to its small stature and fine, sharp point. This tool was used within the textile industry, initially to create holes in animal skins so that they could be laced together, however their design and use has become broader and more sophisticated throughout the years.

Whilst there is plenty more I could say about this piece, one of the most important parts I am yet to mention is the back of the wall hanging. The whole piece has been screen printed by myself, and the front entirely designed by me. However, the back is a more collaborative effort that stemmed from a mono-printing and collage workshop I ran with a group of local women. Over the course of the residency, I had the pleasure of running a couple of workshops, the first being with this group of women whose work has become part of the finished piece. Using photos and other resources from the museum’s library, the participants breathed new life into these images, by reimagining them in a different medium. Mono-printing is quite an unforgiving method and likely not best suited to those whom consider themselves perfectionists, but the outcomes you can achieve are truly beautiful, and can even be somewhat haunting, and as the name suggests – each one is unique.

With the whole theme of this piece being about women and Essex women specifically, it felt important to me that this was somehow included in the work. After kindly being given permission by the artists to use their work, I spliced them together digitally and created a screen print of them altogether. A nice finish to what now feels even more so like a community project – something that represents many of us, made in collaboration.

For more information about Heidi’s work with us as Artist in Residence, please check out the Museum’s learning site  https://www.swmuseumlearning.com/snappingthestiletto 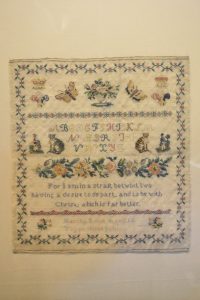 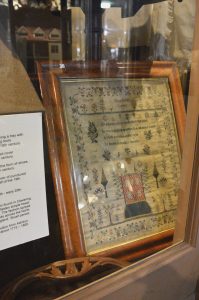 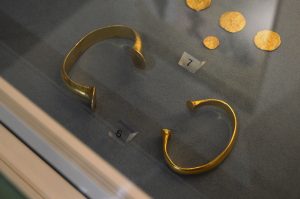 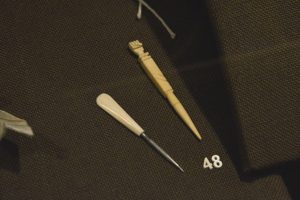