There are over 24,000 species of insects in the United Kingdom, with hundreds of species to be found in almost every garden and green space. They can be pollinators, predators, pests, parasites and prey and their study is an important part of conservation, food production, medicine and ecology. 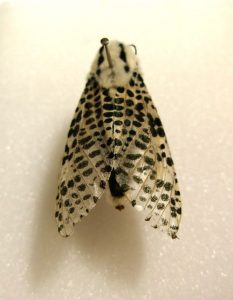 Nowadays, we continue to collect insects that have been found dead in the local area. This beautiful female leopard moth was found dead in a house in Elsenham and donated to the museum in 2012.

You can get up close and personal with some of the insects in our collection by looking at them under the microscope in our Discovery Centre. Whilst you’re there, you can say hello to our resident Malaysian stick insects – we now have five females and a male! 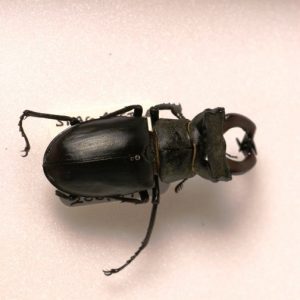 We try to encourage as much wildlife in the museum grounds as possible. Sections of the grounds have been left to grow wild to encourage biodiversity and we have recently built a loggery next to Walden Castle, to create a home for stag beetles.