The first two are a gold Roman ring from Broxted, set with a polished amethyst, and a hoard of ten silver coins from Barnston. The coins date from AD 395-402 and were probably buried in the early fifth century. When the last Roman legion left Britain in 410 and the supply of new coins dried up, silver coins like these continued in use into the fifth century, and are often found in hoards. The ring and coins were metal-detector finds and acquired by the Museum through the Treasure Act, with thanks to the Gibson Walden Fund who generously supported the purchase of the ring. 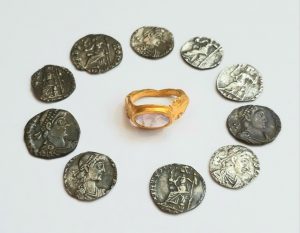 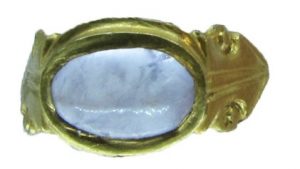 This pair of solid gold bracelets, found in North-west Essex are nearly 3,000 years old. They date from the late Bronze Age, around 900 – 750 AD and seem to have been deliberately buried on their own. The Museum purchased them through the Treasure Act thanks to generous support from the Arts Council England / V&A Purchase Grant Fund, Art Fund, the Beecroft Bequest and two local donors. 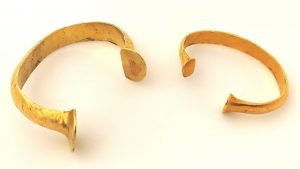 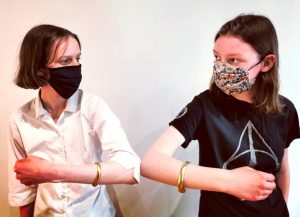