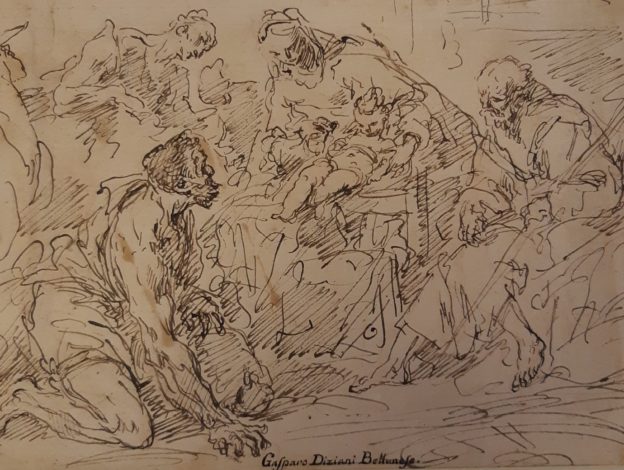 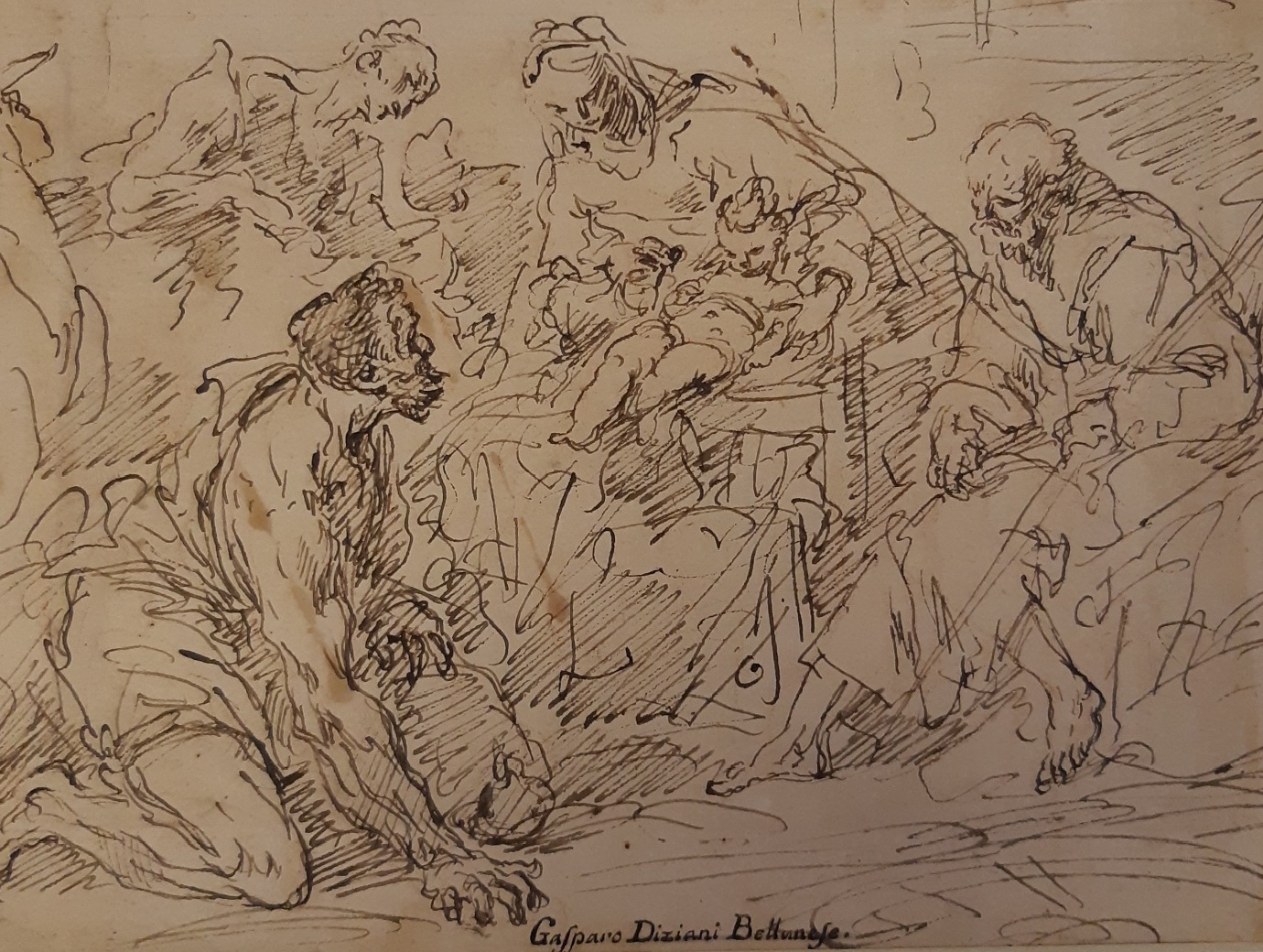 April’s Object of the Month has been chosen by Jenny Oxley, Collections Officer (Human History). It is a pen and ink drawing with additions in chalk by Italian artist Gaspare Diziani (b.1689 d.1767) called the Adoration of the Shepherds.

This item recently came back off loan from the Fitzwilliam Museum, Cambridge where it has been on loan to them since 1979. In its time at the Fitzwilliam, it also went out on further loan to the Fondazione Cini in Venice for a special display of Venetian drawings.  Before it came to Saffron Walden Museum, the drawing had originally been housed at Ashdon Hall.

Diziani’s original oil on canvas painting – a version of the same scene dates to around 1755 and is housed in a private collection. Diziani was an Italian painter and draughtsman.  His earliest training was in Belluno in Northern Italy with Antonio Lazzarini (1672-1732). Having moved to Venice, he joined the workshop of Gregorio Lazzarini and later that of Sebastiano Ricci, who was in Venice until 1715 and exerted the strongest influence on his development; presumably Diziani was familiar with Ricci’s many paintings in Belluno before becoming his pupil.

Between 1710 and 1720 he painted a group of eight pictures that included the Mary Magdalene for Santo. Stefano, Belluno, and the Entry into Jerusalem for Santo. Teodoro, Venice. His speed of production and technical assurance are demonstrated especially in his preparatory oil sketches, with colour applied in rapid and spirited pen-like strokes.  He also worked as a scenery painter in a number of Venetian theatres.  Art commissions took him to Munich (1717) and later to Dresden, where he was highly acclaimed.  In 1719 he was active in Rome but by 1720 he was already back in Venice where he entered the “Fraglia dei Pittori Veneziani”, remaining in the Veneto for the rest of his life.

The Adoration of the Shepherds (based on the account in Luke 2) is a scene in which the shepherds witness the birth of Jesus in Bethlehem.  It is often combined in art with the Adoration of the Magi.  The Museum holds an oil-on-canvas painting of the Adoration of the Magi scene as well, which is by the artist Ramsey Richard Reinagle (1749-1833) – (a copy after Peter Paul Rubens c.1616).  It is currently on renewable loan to Chrishall Parish Council, where it is on display in the Holy Trinity Church, Chrishall.  It originally came to the Museum around 1843, having been bought for Francis Gibson at an auction at the Leicester Square Sale Rooms. 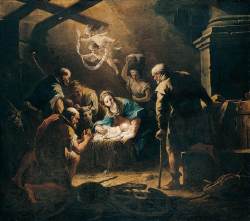 Adoration of the Shepherds, oil on canvas painting by  Gaspare Diziani c. 1755

(in a private collection)