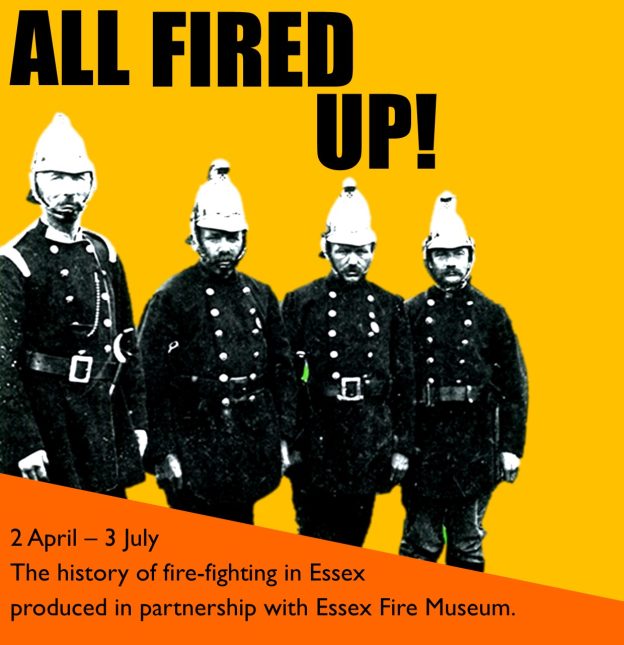 The Museum’s ‘Object of the Month’ provides an opportunity to

explore interesting and unusual objects from our stores.

April’s Object of the Month chosen by Jenny Oxley, Collections Officer (Human History) is a charred key fob discovered after the Rose & Crown fire in the town on Boxing Day 1969. It forms part of the museum’s new exhibition, All Fired Up, by Essex Fire Museum, which charts the history of Essex Fire & Rescue Service (see more below). 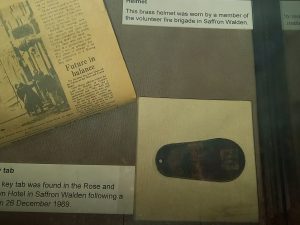 At 1.40am on Boxing Day 1969 a fire broke out. Sadly 11 people died in their sleep, unaware that the fire had even taken hold. 29 people were rescued, some having climbed down from the upper floor windows using knotted sheets. The inquest ruled that the fire was caused by a faulty TV in the resident’s lounge overheating.  Three Saffron Walden firemen received commendations. The fire resulted in the government strengthening the fire safety regulations governing hotels and they passed a new Fire Precautions Act (1971). 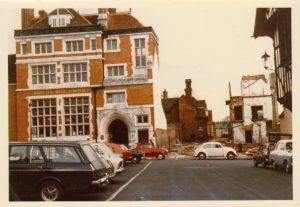 The building erected in its place became Boots the Chemist from 1973 onwards. A bunch of grapes carved in oak and a door canopy are all that remain of the original building.

More detailed information including eyewitness accounts of the fire can be found in Zofia Everett’s 2008 article published in the Saffron Walden Historical Journal and in Paul Wood’s book, titled From Station Officer Drane.

The fire understandably still has a major emotional impact on the town’s residents over 50 years on.

To find out more visit the Museum in April to see this item on display in our new exhibition, All Fired Up.