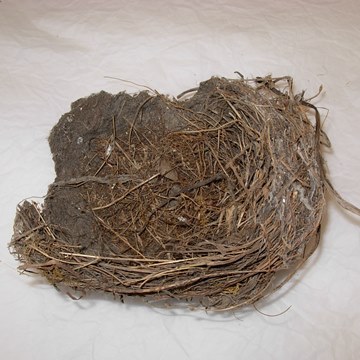 August’s Object of the Month is the nest of a Swallow, Hirundo rustica.  The object was chosen by Sarah Kenyon, Natural Sciences Officer, because it is a record of the wildlife that lives in this area.  It was found at Great Sampford, Essex, in 2013 when wood on the outside of a house was being painted.  The nest is cup-shaped and made from mud and grass.  This nest was empty when it was found – there were no eggs in it – so it was probably built the year before it was found.

It has been illegal to collect the eggs and nests of wild birds since 1954. Nests are protected while they are being built or used by birds.  It is illegal to disturb a nesting bird or to destroy its nest.  Old nests can be removed after the last brood has fledged and breeding has finished for the year.

The sale or exchange of Birds’ Eggs is banned.  They can only be given away or destroyed.  Possession of birds’ eggs collected before 1954 is legal but keeping eggs obtained after 1954 is illegal unless the possessor can show that the eggs have been taken lawfully.  One problem for museums concerns the donation of old or confiscated egg collections.  Museums are often offered egg collections and it can be difficult to know whether such collections have been legally obtained.  Museums are expected to prove that the eggs were collected before 1954, so information about when and where each egg was collected is essential. 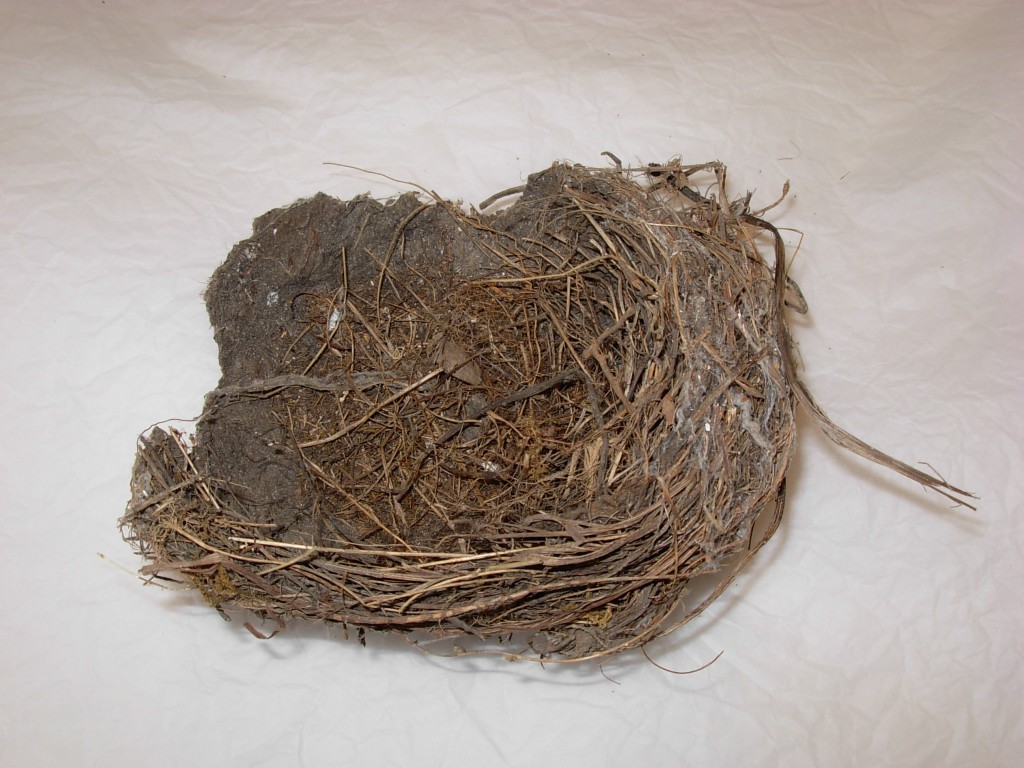 Nest of a swallow

You can see this bird nest on display in the museum until 31 August and discover more about Swallows, the law protecting birds’ nests and eggs, and biological recording.