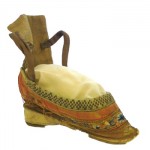 Object of the Month – December 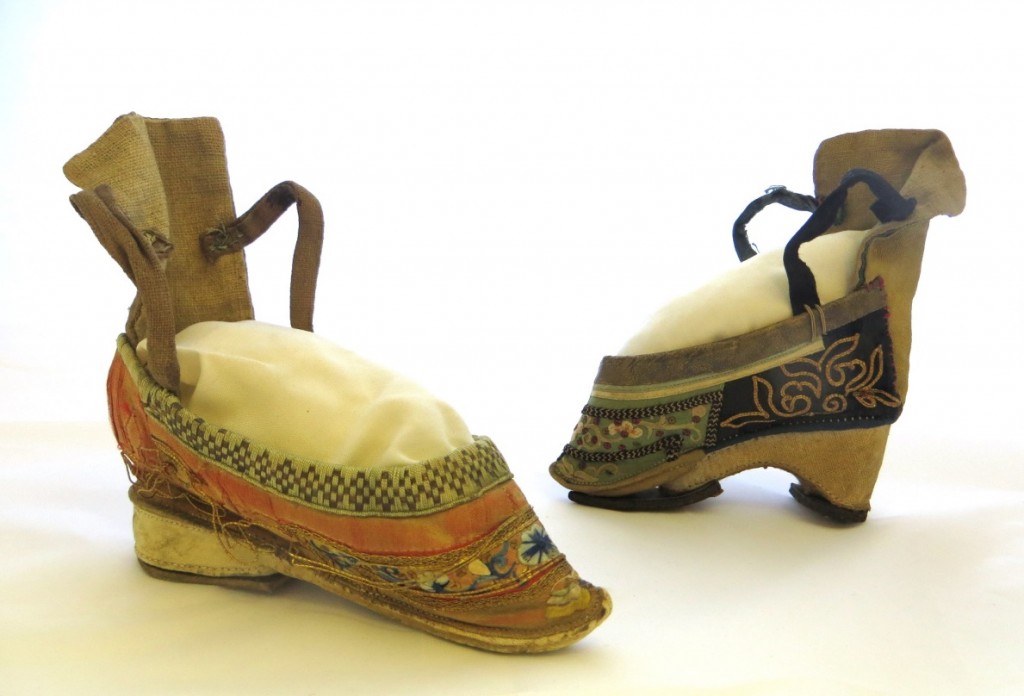 Lotus shoes were worn by women in China who had their feet bound. The ancient practice of foot-binding consisted of tightly wrapping the feet of young girls in order to bend and break the smaller toes and raise the arch of the foot. This would create a tiny and misshapen foot, which was considered by some people to be beautiful.

The practice is believed to have originated in the tenth or eleventh century and it is said to have been inspired by a court dancer named Yao Niang. She bound her feet in the shape of a new moon and entranced Emperor Li Yu by dancing on her toes inside a six-foot golden lotus. 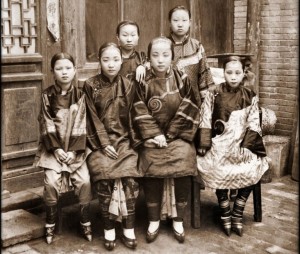 It was believed that girls who had their feet bound would be able to attract better marriage offers because the tiny feet, and the way that the women walked as a result, were considered to be beautiful. In wealthy families, the feet of all the daughters would have been bound but in poorer families, the practice might only have been carried out on only the eldest child.

Foot-binding was carried out on girls, sometimes as young as four years old, because young bones were softer and easier to manipulate. Grandmothers often carried out the process because they were more willing than the child’s mother to inflict the pain required for successful results. All the toes, except the big toes, were broken and bound flat against the sole, making a triangle shape. The arch of the foot was strained as the foot was bent double and the feet were bound in place using a silk strip. 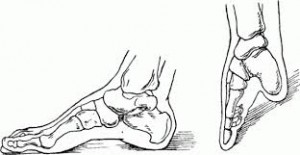 Sometimes “excess” flesh was cut away or encouraged to rot. The girls were often forced to walk long distances to speed up the process of breaking their arches. Over time the wrappings became tighter and the shoes became smaller as the heel and sole were crushed together. After two years the process was complete.

Foot-binding was widespread in China until the beginning of the twentieth century, when it was banned by the new Republic of China government in 1912. Local warlords and regional government also enforced the ban. Although the campaign against foot-binding was very successful in some regions, the practice lingered on in others. A census taken in 1928 in rural Shanxi found that 18% of women had bound feet, while in some remote rural areas such as Yunnan Province foot-binding continued to be practiced until the 1950s. In most parts of China, however, the practice had virtually disappeared by 1949. In 1999, the last shoe factory making lotus shoes closed.

You can see the lotus shoes on display in the museum until 5 January 2016.