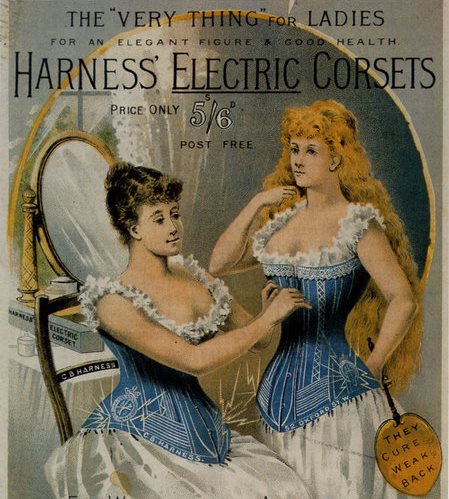 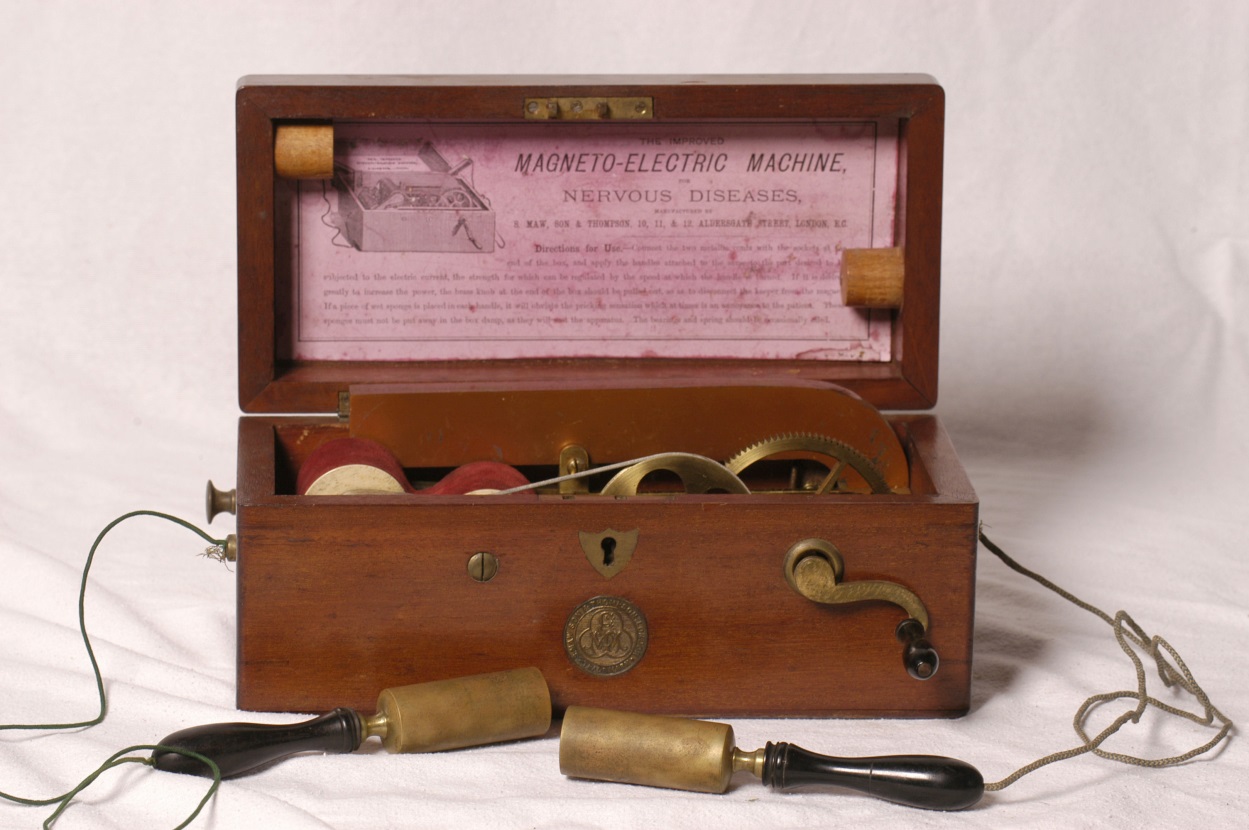 In the 1800s, many people were fascinated by electricity and the possibility of using it in their own homes for medicinal or therapeutic purposes. ‘Electrotherapy’, or the use of mild electric shocks, became a popular treatment for a range of diseases and ailments, especially those associated with the nerves. Thousands of machines, including this one made by S. Maw, Son & Thompson, were made and sold between about 1850 and 1900.

Patients would feel electric shocks running through their body and they were left with a buzzing sensation, which some said relieved their symptoms. The makers of the machine claimed that using the machine could relieve pain and cure a number of diseases such as cancer, tuberculosis, diabetes, gangrene, heart disease, tetanus and spinal deformities.

The use of electricity in medicine

The use of electricity to treat physical ailments dates back to the ancient Greeks, who used live electric fish to numb pain.

However, it wasn’t until the 1700s that the idea of electricity as a form of medicine really took hold. Benjamin Franklin, the American physicist and statesmen, used an electrostatic generator and a Leyden jar (a glass jar that could store electric charges) to deliver shocks to patients. This process became known as Franklinism. John Wesley, the founder of Methodism, was known to practise Franklinism to cure such things as blindness, deafness, gout, headache, rheumatism and even toothache. In the 1780s, Luigi Galvani discovered that electricity could also be used to cause muscle contractions, which could treat muscular and nervous conditions. 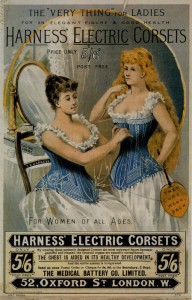 During the 1800s, the use of electricity for medicinal purposes became very widespread. People were especially keen to use electricity to treat conditions and encourage good health at home. A range of devices became available, including electric corsets, electric belts and magneto-electric machines. They were especially popular among the upper classes and they remained popular until the early 1900s.

From the 1850s onwards, electricity was used to treat mental illness, especially in women. This form of treatment, now known as ‘Electroconvulsive Therapy’, is still used today as a last method of intervention for major depressive disorders, mania and catatonia.