July’s Object of the Month is a flint handaxe made and used by an unknown ancient human around half a million years ago. It will be featured in our next special exhibition, Life in the Ice Age which opens on 12 August 2017.

Over many thousands of years, the handaxe has been rolled and blunted by rivers and glaciers, and stained by minerals, but it still shows signs of deliberate shaping to form an edged tool. 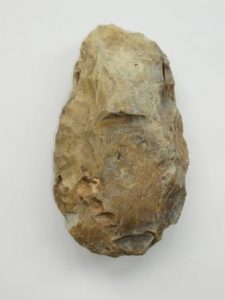 The reverse side of the Handaxe

‘Handaxe’ is the name we use to describe these early multi-purpose hand-held tools for cutting, chopping and grinding. Experiments have shown that they were efficient tools for butchering large animals, and for chopping and pounding other foods such as edible roots. The people who made and used them were ‘hunter-gatherers’, who hunted herds of wild animals, and gathered natural foods such as nuts, berries and edible plants.

A Short History of Handaxes

The earliest humans to make simple stone chopping tools lived in Africa about 2 million years ago. When a new species of early human, Homo erectus, developed about 1.8 million years ago, they used more carefully shaped cutting tools, which we call handaxes.

By 1.5 million years ago, humans had spread out of Africa into southern Europe and continued to make handaxes wherever there was flint or other suitable stone. As humans evolved and learned to cope with different environments, so handaxes evolved: there are many variations of size and shape. It continued to be the main tool of many human cultures up to around 50,000 years ago, when modern humans appeared, and stopped making and using handaxes. 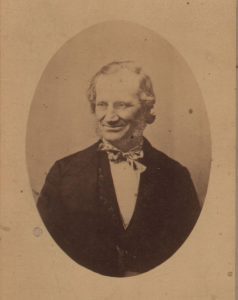 Our handaxe is marked to show that it came from the collection of Joseph Clarke (1802 – 1895), who was a local antiquarian. Joseph and his brother Joshua were active members of the Saffron Walden Natural History Society (later Saffron Walden Museum Society) and as trustees they played an important role in the Museum. Joseph was a Fellow of the Society of Antiquaries of London and his network of contacts enabled him to collect objects from beyond the local area.

The site at Warren Hill

Warren Hill became famous in the nineteenth century for the large number of ancient handaxes and flake tools found there, many of which, like this handaxe, eventually found their way into museum collections. The age of the Warren Hill deposits and the flint tools in them has been debated for over a century. Investigations in the 1990s suggested that the gravels were part of a now extinct river system, called the Bytham River, which flowed from the Midlands across East Anglia and out into the North Sea. Later the Anglian Glaciation destroyed the Bytham River and created our present-day landscape. So the flint tools from the Warren Hill gravels must date from before the Anglian Glaciation, about 500,000 years ago. Evidence of human activity before the Anglian Glaciation is very rare because the ice sheets destroyed most of it._ 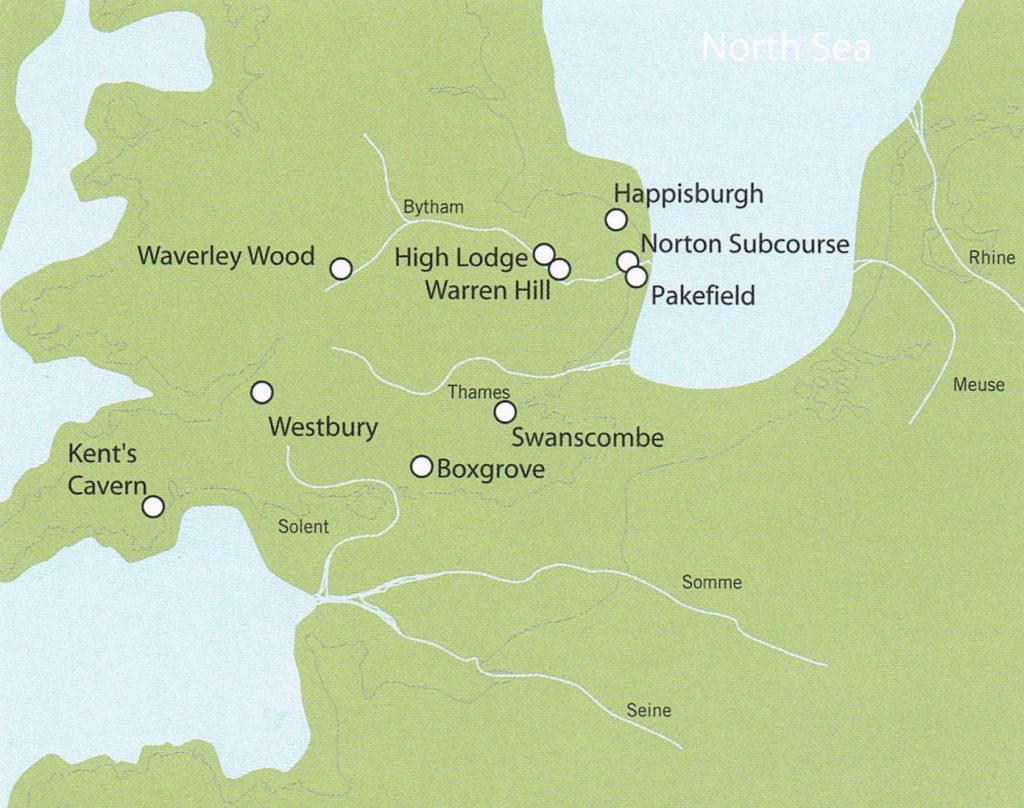 You can see this Handaxe on display in the museum until Sunday 30th July, and in our upcoming exhibition ‘Life in the Ice Age’, which opens on the 12th August.