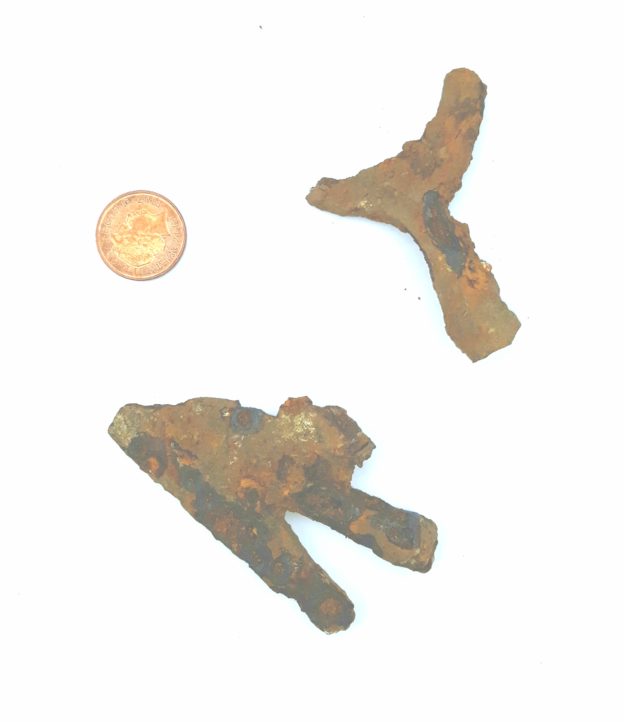 If you are heading off on holiday via Stansted Airport this summer, and leave your car in the Long Term Car Park, spare a thought for the medieval and Tudor ‘parkers’ who once tended this area. These men were responsible for the extensive deer park and its stock of deer (principally fallow deer) which provided recreational hunting for the late medieval and Tudor lords of the manor of Stansted. Before the Long Term Car Park was created, nearly 20 years ago, archaeologists from Framework Archaeology excavated the site and discovered remains of successive hunting lodges, dating to the 15th and 16th centuries. Iron arrowheads and deer bones found on the site helped to identify the building as a hunting lodge, situated in the centre of the park. It provided accommodation for the parkers and other retainers through the year, and accommodation for aristocratic hunting parties, when the lord of the manor would entertain guests with a day’s hunting followed by a feast.

The important archives (records and finds) from Framework’s excavations at the Long Term Car Park have just been deposited with Saffron Walden Museum. The vast majority of archaeological finds are fragments, but these two rusted arrowheads (with a modern 1p coin for scale) were among the more complete items of hunting equipment unearthed by the archaeologists. The arrowhead of typical triangular shape was widely used for hunting. The other arrow (its blade partly missing) is of forked or crescent shape; complete examples are shown in the other image. Arrows of this type were probably used for hunting birds, as the shape of the arrowhead bunched the feathers and killed by impact, rather than cutting into and disfiguring the bird, an important consideration for roasting and displaying birds at table.

Not far from the Airport, you can find another relic of Stansted Deer Park in the historic St Mary’s Church, to the east of Stansted Mountfichet. Here there is a notable painted effigy of Hester Salisbury, who died in 1614. She was daughter of Sir Thomas Middleton, lord of the manor in the early 17th century, and it is said that she was killed in Stansted Park by a stag.

For more information on this month’s Object of the Month visit Saffron Walden Museum in July.