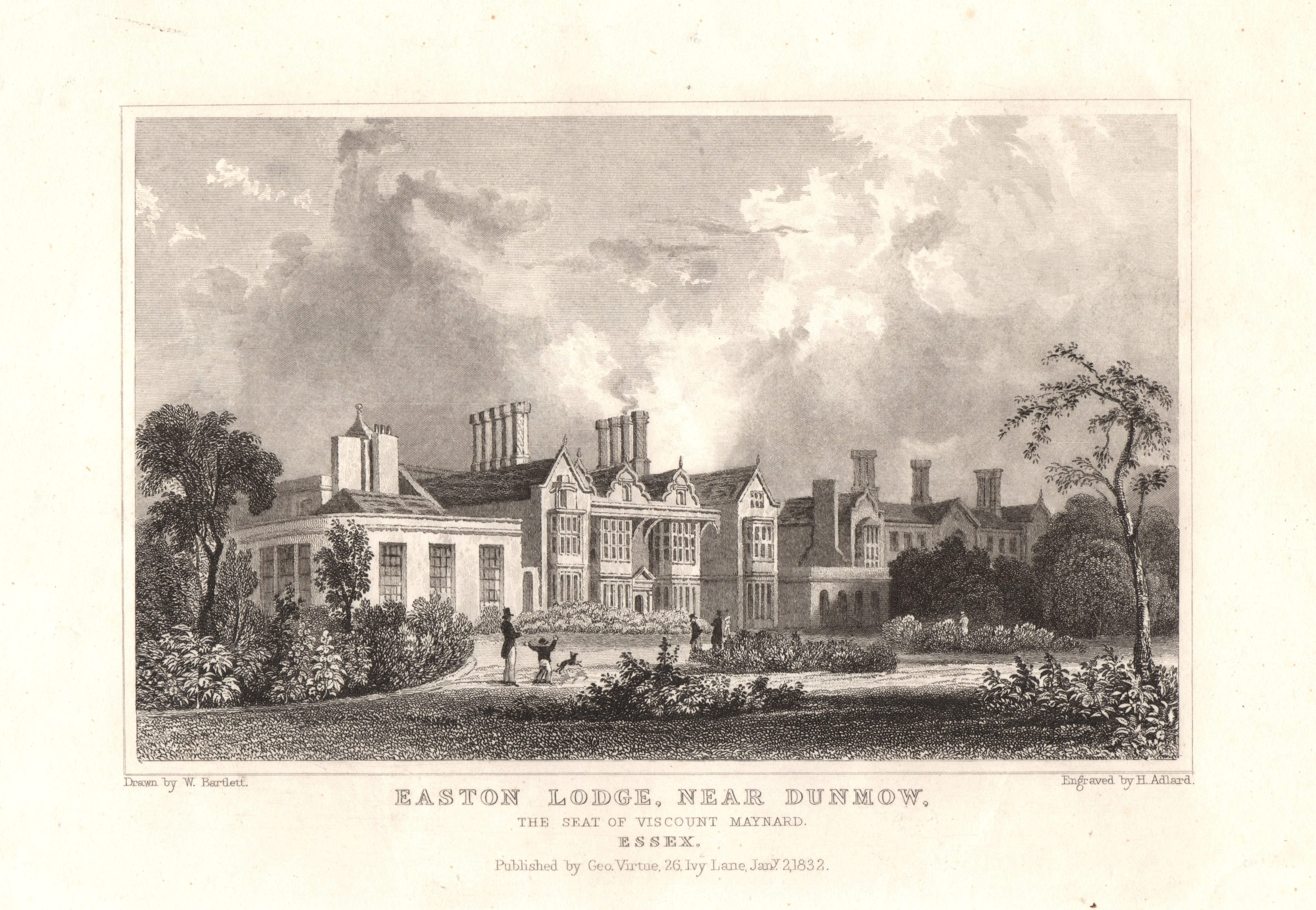 The print was published in 1832 by George Virtue, a London publisher. It is a print of an engraving of Easton Lodge that was completed by Henry Adlard, after an image drawn by W Bartlett.

Easton Lodge was a privately-owned mansion in Little Easton, near the town of Dunmow.  The gardens, grounds and estate of Easton Lodge date back to Tudor times and in 1590, they were granted to Henry Maynard who built a house in 1597. 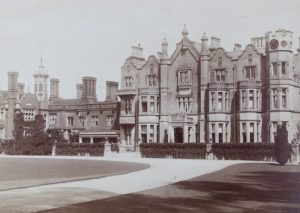 From the early 1600s until the 1800s, the grounds around Easton Lodge were developed: a small wood was added, along with a dovecote and a temple.  In the 1800s, major changes were made to the house and gardens, mainly due to a large and disastrous fire in 1847, which destroyed almost all of the main Elizabethan part of the house. The house was rebuilt in brick and stucco in the Victorian Gothic style, to a design by Thomas Hopper. The print shows the Elizabethan house before it was destroyed. 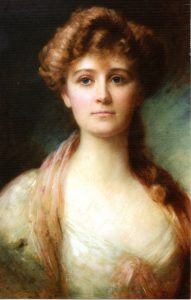 In 1865, the Easton Lodge estate was inherited by Frances ‘Daisy’ Maynard, who was only three years old. Daisy grew up to be a noted beauty and turned down several marriage offers, including Prince Leopold, the youngest son of Queen Victoria. She chose instead to marry Lord Brooke. Brooke would later become the Earl of Warwick and Daisy the Countess of Warwick.  After their wedding the couple preferred living at Easton Lodge, rather than their home in London, and the architect William Young was employed to make changes to the house.  The west wing was reconstructed and a new façade was added.

In 1918, there was another major fire at Easton Lodge, believed to have been caused by one of Daisy’s pet monkeys. The west wing, kitchen and servants’ quarters were all gutted by the fire. Daisy employed the architect Philip Tilden to plan the rebuilding. The west wing was rebuilt as a separate building but the remainder of Tilden’s plans were never realised. In 1919, Daisy had to sell off most of her estates as a result of her poor finances.

The Gardens of Easton Lodge

By the end of the 1800s, Daisy had created many formal gardens in the grounds of Easton Lodge, including large walled kitchen gardens, which produced exotic flowers and fruit and vegetables. 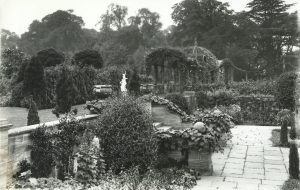 The Italian garden and pergolas

In 1902, Daisy commissioned Harold Peto, a popular architect and landscape gardener, to create further gardens for her. These gardens were designed in the Italian, French and Japanese styles and featured classical and oriental artefacts that Peto had collected on his travels throughout the world. The commission included a sunken Italian garden, with a 100-foot long oval-shaped pool filled with water lilies; a croquet lawn bordered by arched pergolas covered with blossoming climbers; and an oriental garden, which featured an elaborate thatched tea house on the edge of the lake.

Daisy died in 1938 and her son inherited the estate. During World War II, the main house stood derelict and although the lawns and kitchen gardens were tended by two gardeners, the formal areas were completely abandoned. The tea house rotted away, the lakes were overgrown and the surrounding woodland returned back to wild. In 1950, the main house was demolished and the gardeners left.

In 1971, the west wing of Easton Lodge was bought by Brian and Diana Creasey. They were greeted by a mass of brambles and nettles and a concrete jungle. The explorations of their children revealed the almost hidden sunken Italian garden. They started work on restoring the old gardens and creating new ones and they began to open the gardens to visitors. From 1993 onwards, the restoration of the grounds got underway with the help of volunteers and that work continues today. 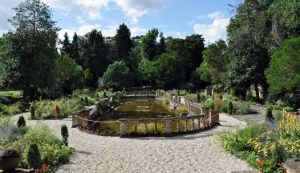 Volunteers recruited by the Gardens of Easton Lodge Preservation Trust look after and restore the gardens, opening them up to visitors on open days that take place once a month. The Italian garden has been replanted in the style of Harold Peto and extensive work is currently being done on the walled kitchen garden.

You can find out more about Easton Lodge,  the restoration work and garden open days at www.eastonlodge.co.uk. The next open days are on 25 June and 23 July. You can see the print on display in the museum until 30 June 2017.