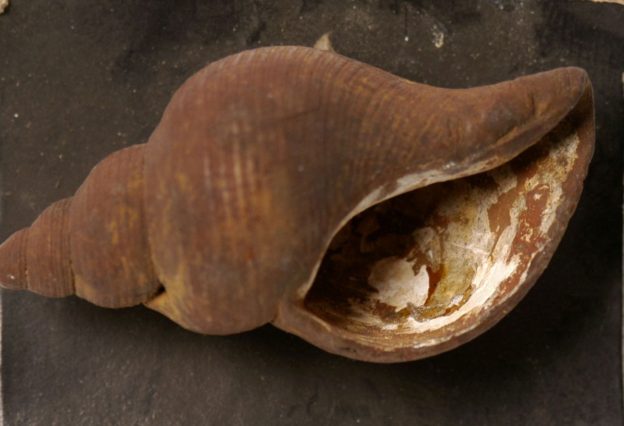 June’s Object of the Month celebrates Volunteers’ Week. These fossils have been cleaned and recorded by two dedicated geology volunteers, helping to audit the thousands of fossils held in the Museum’s stores. The project is suspended at the moment, but we all look forward to getting back together when times are better.

These fossils are from the Red Crag layers, which are the reason Walton-on-the-Naze is famous for marine fossils. The sandy Red Crag rocks and fossils were laid down in the late Pliocene and early Pleistocene epochs between 3.3 and 2.5 million years ago, when a warm, shallow sea and bay covered most of Essex. The fossils have stained red-brown over time due to iron-rich water washing through the sandy rock.

The first fossil is a species of whelk, Neptunea contraria, which is still alive today (extant, rather than extinct). This species has an unusual left-spiral shell, hence the word contraria in its scientific name. Almost all species with a coiled shell have a right-hand spiral. 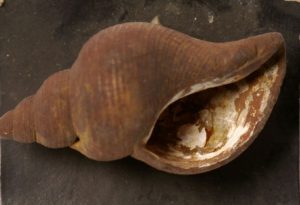 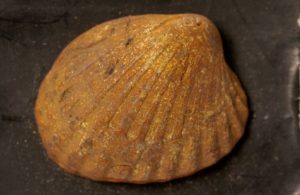 Cardita senilis is a species of bivalve, a group which also includes oysters, mussels and scallops. These molluscs have a flattened body protected by two shells or valves joined by a hinge. A bulge near the hinge, called the umbo, is the oldest part of a growing shell, and is at the centre of the growth rings that can sometimes be seen on the surface.

Spinucella tetragona is an extinct species of predatory sea snail, in a group known as murex snails or rock snails. This species’ shells are highly ridged, but other extant species (such as Chicoreus aculeatus) have exaggerated and complicated patterns of spines on their shells, which makes them very popular with shell collectors. 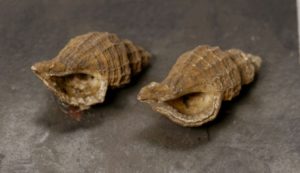 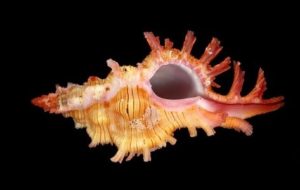 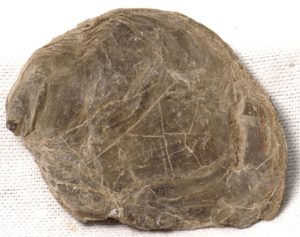 Later Pleistocene fossils from Essex, such as the oyster, don’t really ‘belong’ here at all. They were brought south or churned up from older rocks by glaciers during the Pleistocene Ice Age, which lasted from 2.5 Mya to 12,000 years ago. They appear in glacial drift deposits left behind as the glaciers grew and shrank. This fossil of Chicoreus aculea is actually from the Jurassic period (201-145 Million years ago).