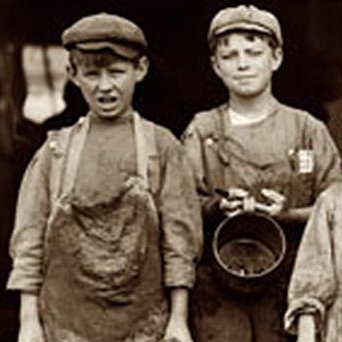 October’s Object of the Month is a boy’s flat cap with a peak, which dates from the nineteenth century, between 1840 and 1890. The cap was donated to the Museum in 1993 by Douglas Hawkes of Little Waltham, Chelmsford. The cap was chosen as Object of the Month by Gemma Tully, Visitor Services and Learning Officer, because she uses it regularly as part of her Victorian sessions with local schools. 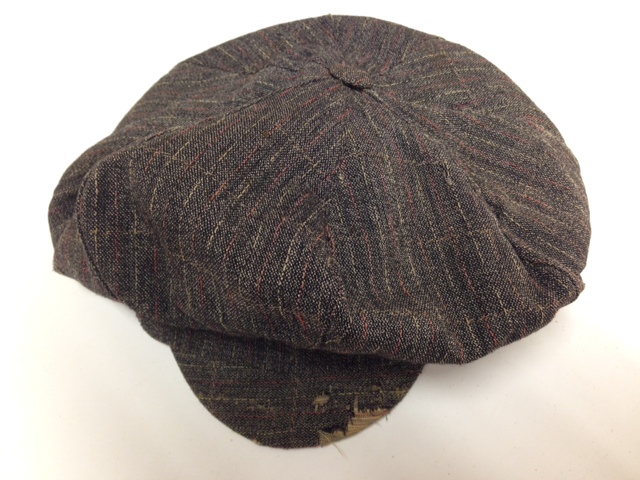 The cap is size 6 and 3/8th and would have belonged to a young, working-class boy in the Victorian era. The cap is particularly interesting as the left-hand side of the peak is very worn. This tells us two things about the hat’s original owner: firstly, that he had good manners and secondly, that he was left-handed. How do we know this? The wear on the peak is likely to be the result of the boy ‘doffing’ or ‘tipping’ his hat. He would have done this to greet his friends and to show respect to women and his social superiors. As it is the left side of the peak that is worn, this is the hand he must have used for ‘doffing’ or ‘tipping’.

Hat etiquette played a big part in British society from the mediaeval period until the early twentieth century. The act of removing or touching your hat is thought to have begun with mediaeval knights. They would remove their helmets for numerous reasons: to display trust in the presence of the King or Queen (that they wouldn’t kill them when they were vulnerable without their head protection); to show chivalry in the company of a lady; or to express security in the sanctuary of a church. The act of removing your hat as a greeting or sign of respect may well have developed from this convention and it became common practice in the nineteenth and twentieth centuries.

There were important rules to follow when ‘tipping’ or ‘doffing’ your hat, which mainly related to your social status. Usually, two men would ‘tip’ or ‘doff’ their hats as a way of greeting or acknowledging each other, while walking or meeting at a social event. If a man was greeting someone of a higher social status, or a woman, he would be expected to remove his hat completely, making a more elaborate gesture than the superior, who would simply touch his hat. This useful tip comes from a book of etiquette published around the time our cap was in use:

“Between gentlemen, an inclination of the head, a gesture of the hand, or a mere touching of the hat is sufficient; but in bowing to a lady, the hat must be lifted from the head.” (Our Deportment, 1881) 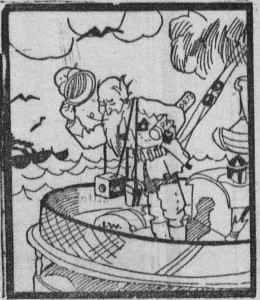 Cartoon of a man doffing his hat (wikimedia commons)

Today few people wear a hat or follow hat etiquette, but the casual ‘nod’ of the head, often used to greet people in passing, is perhaps the modern equivalent of the hat ‘tip’.