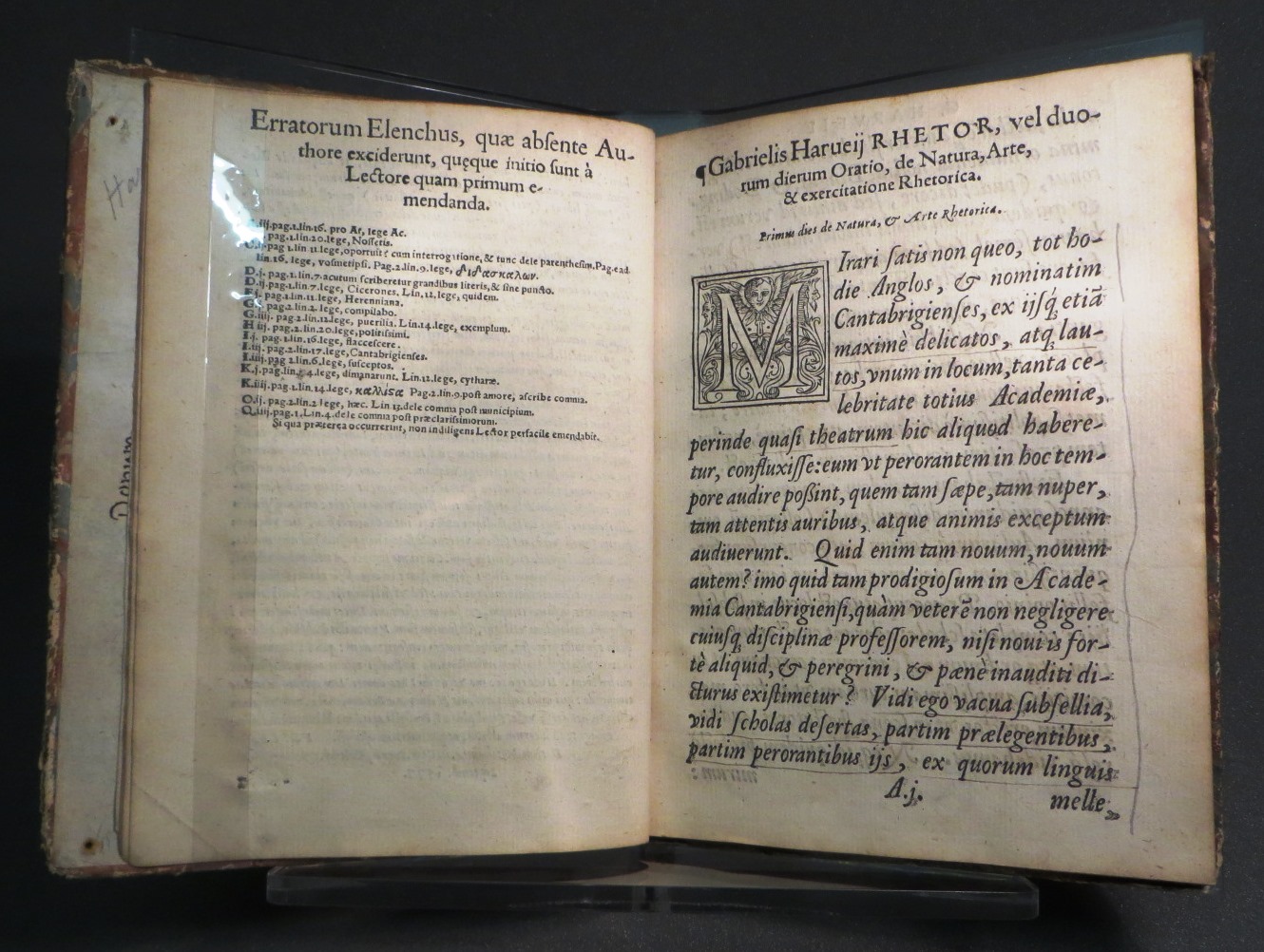 The book contains two Latin speeches about nature, art and rhetoric. It is one of two books of speeches written by Harvey; the other is called Ciceronianus, also published in 1577. The speeches in Rhetor and Ciceronianus had been delivered as lectures at Cambridge University in 1575 and 1576 to first-year students. In these speeches, Harvey aimed to teach his students how to move, motivate and persuade their audience through speech and text. 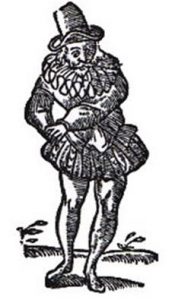 Gabriel Harvey was a writer, who was born in about 1552 and died in 1630. He was the eldest son of John Harvey, a farmer and master rope-maker from Saffron Walden, and his wife Alice. He had two younger brothers, Richard and John, and a sister, Mercy. Harvey’s childhood home was on Market Street in Saffron Walden.

Harvey received his early education at Saffron Walden Grammar School, before attending Christ’s College, Cambridge, in 1566. He received his bachelor’s degree in 1570 and became a fellow of Pembroke College in the same year. Whilst at Pembroke College, he became friends with Edmund Spenser, a famous Elizabethan poet. He became Professor of Rhetoric at Cambridge in 1576 and two years later he was invited to meet Queen Elizabeth on her visit to Audley End House and take part in two philosophical debates in her presence. 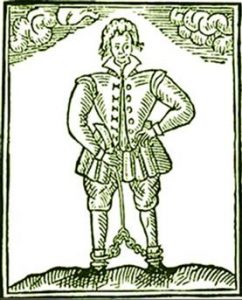 Despite Harvey’s academic achievements, he is better known for a literary dispute with Thomas Nashe, a pamphleteer, poet and dramatist from Lowestoft, Suffolk. Harvey and Nashe attacked one another through pamphlets, a form of printed work that was often used to influence public opinion in the Elizabethan period. Harvey’s reputation suffered badly from this dispute, especially from his portrayal in Nashe’s pamphlet ‘Have With You to Saffron Walden’, in which he was caricatured “as he is readie to let fly upon Ajax” (Ajax was a common Elizabethan pun on “a jacks”, which was slang for toilet). The dispute continued until 1599, when the Archbishop of Canterbury ordered each man’s writings to be burned.

The dispute led to Harvey being represented as argumentative, pompous and foolish by other writers at the time. He was seen as an unfriendly character, proud of his own learning and of his humble origins. He made no secret of his unusual ideas and he was prepared to fall out with those who opposed him.

However, Harvey was a talented scholar. He published several writings and played an important part in transforming the position of the scholar, arguing that intellectuals should take on a bigger role in public life. He was a charismatic teacher at Cambridge University, in Greek and Rhetoric, and he encouraged his students to read widely and learn classical literature and modern foreign languages. When he died, he left behind a significant library of around 3500 books that he had annotated, which reveals a great deal about the way Elizabethan scholars lived and worked.

You can see the book on display in the museum until 31 October 2016.