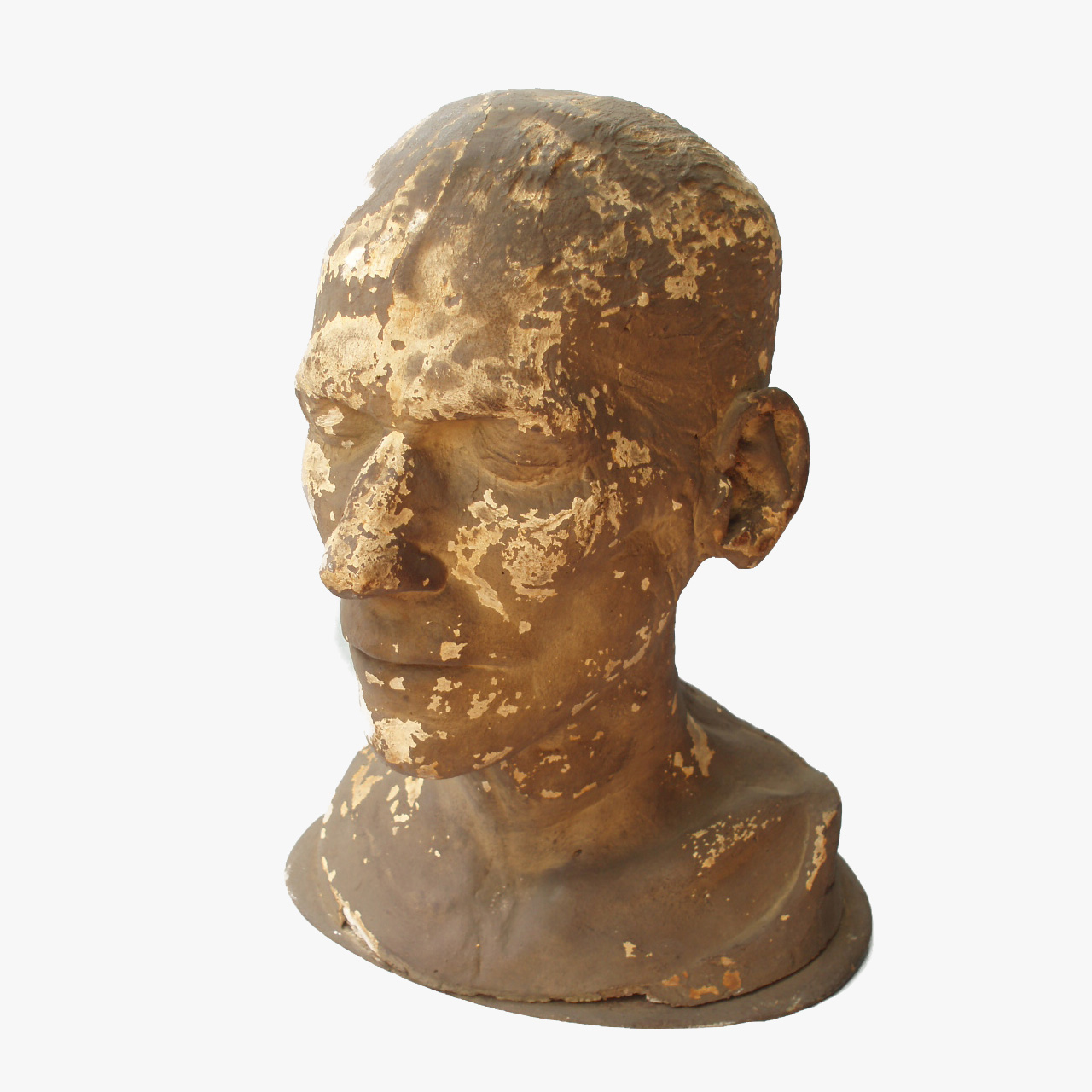 September’s Object of the Month is the plaster bust of Dr George Eachus, apothecary and surgeon, of Saffron Walden. It was probably cast from a death-mask made at his death on 3 April 1834. It was selected by store volunteer John Ready and Curator Carolyn Wingfield from the Museum’s collection of over fifty plaster busts, heads and skulls because it records the life of a respected local doctor. It has also made us re-examine the Museum’s collection of historic plaster heads which have not been looked at for many years.

George Eachus was born in Cheshire in 1759 but moved to Saffron Walden before 1784. He worked in partnership with another apothecary and surgeon, Thomas Spurgin, from premises in Church Street, treating patients and dispensing medicines. The Gentleman’s Magazine 1834 described Dr Eachus as “a respectable medical practitioner”. 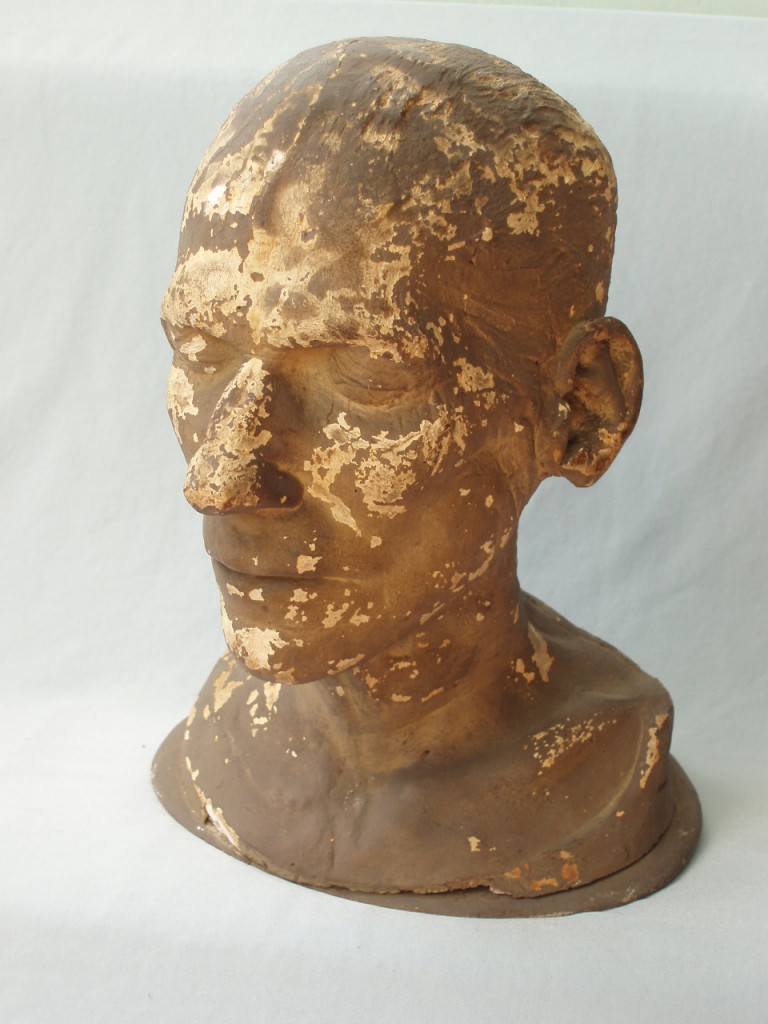 Plaster casts such as this were very fashionable in the early nineteenth century and the Museum’s collection is probably typical of its time. Some heads are of classical or historical figures, or famous men of the day. The collection includes only one (anonymous) female head and busts of several notorious criminals. The plaster skulls are examples of different peoples around the world. Many of these heads and skulls were listed in the Museum catalogue of 1845 as the ‘Phrenology’ collection. Phrenology was a fashionable theory in the early nineteenth century which proposed that a person’s character could be discerned by examining the shape of their head. Although later discredited as a scientific theory, phrenology remained popular through the Victorian period. Ceramic ‘phrenological heads’ were made with different areas of the skull marked out; antique examples and modern replicas can be bought today as household ornaments.