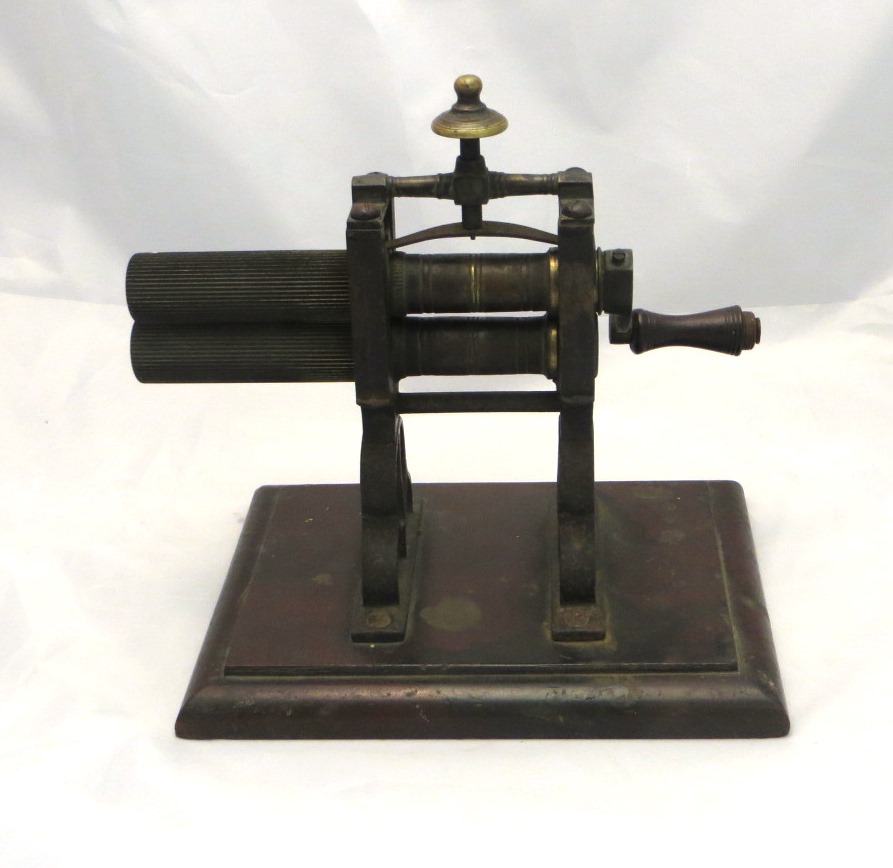 A fluting or goffering machine is a hand-cranked machine used for pressing pleats and frills into fabric. A hot rod would be inserted into each of the hollow rollers and the fabric would be slowly passed through the crimped rollers to create a crisp, even pleat. 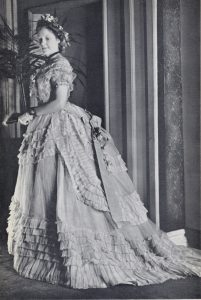 The Victorians used fashion as a way of demonstrating their social status and the level of decoration on a woman’s dress was a key part of this. By the 1860s and 1870s there was an abundance of “frills and flounces, loops and draperies, of cascades and chutes and ondulations” on women’s dresses (Fashions and Fashion Plates 1800-1900, James Laver, 1943).

Up to 80 yards of trimming could be used on a skirt so new methods were needed for looking after all this fabric. Laundresses and ladies’ maids would traditionally have used a flat iron to press clothes but this could be a difficult process: the iron could scorch or burn the fabric and soot could easily be transferred. For more delicate work, such as creating pleats, it would also have been a time-consuming task. 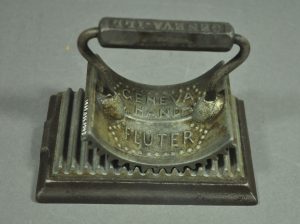 In the mid-to-late 1800s, fluting irons and machines were developed, to speed up the process of creating pleats. Rocking fluting irons were heated on the fire and then rocked on the crimped base plate with the fabric sandwiched in between. The first patent for a fluting machine was granted in the United States to Henrietta H. Cole in 1861. Over the following two decades further changes and improvements were patented by various individuals.

Wrestling an enormous Victorian dress, skirt or underskirt through this small machine would have been impossible so the ruffles and trimmings on dresses were all detachable. They would be washed in cold then hot water, starched, clapped or beaten to remove excess starch, and then passed through the fluting iron. Finally, the trimmings would be re-attached to the clothing.

The trend for pleating and ruffling continued well into the 1880s. However, the manufacture of fluting machines ended sometime in the 1920s, as technology and fashions moved on.

You can see the fluting machine on display in the museum until 30 September 2016.