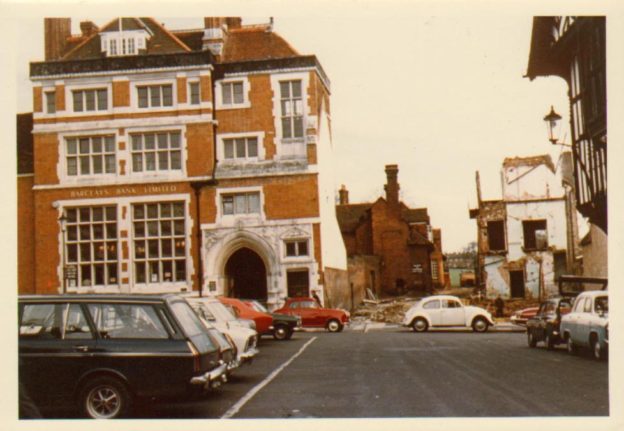 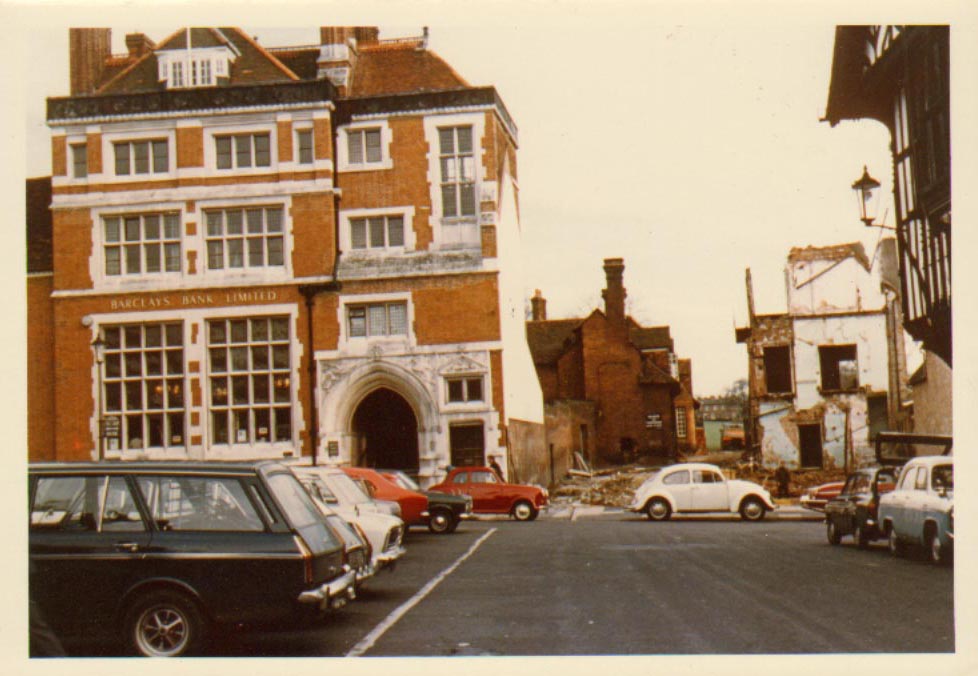 Boxing Day 2019 marked the 50th anniversary of the tragic fire, in which 11 people tragically lost their lives, at the Rose & Crown Hotel in Saffron Walden’s Market Place.

The Rose & Crown built before 1359, was once the town’s premier coaching inn. In 1606 its cobbled yard had played host to the King’s Players, so William Shakespeare may even have performed there.  The Woolcombers historically ended their annual procession with a feast at The Rose & Crown and generations of farmers gathered there on market days.  In the 18th century, the steward of Audley End, Thomas Pennystone, annually collected tithes from tenants there over a beef and ale dinner.  The Rose & Crown was where the old post chaise would have started its journey, and later, the railway bus delivered passengers there, after it had laboured up the hills from the railway station.  It went on to be a favourite haunt of the American Airmen who resided in the town during the Second World War.

Fire broke out at 1.40am on Boxing Day 1969. The alarm was sounded almost immediately by the Hotel’s manager Emil Landsman and the first fire crew arrived on site within 8 minutes, with additional crews scrambled from 10 fire stations across Essex, Cambridgeshire and Suffolk.  However, the building’s alarm had failed to fully sound so everyone inside hadn’t been alerted to the fire spreading.  11 people died in their sleep, unaware that the fire had even taken hold.  29 people were rescued, some having climbed down from the upper floor windows using knotted sheets.  The hotel had winding corridors and rooms on many floors, reached by a narrow twisty staircase, whilst the small sash window openings and decorative window boxes all hampered the rescue efforts.

The 1970 inquest ruled that it was accidental death, caused by a faulty TV in the resident’s lounge overheating. Initial criticisms of the local brigade were quickly overturned and 3 Saffron Walden firemen received commendations.  The fire resulted in the government strengthening the fire safety regulations governing hotels and passing a new Fire Precautions Act (1971).

Although the interior of the building was severely gutted by the fire, the magnificent c. 1880’s pargetted façade remained standing, as did the medieval cobbled yard and stables and could have been saved. Unfortunately, before a preservation order could be applied for the hotel’s owners Trust House Forte demolished the building’s remains on the 19th January and the town lost one of its most beautiful and historic buildings.  A new modern building was erected in its place, which since 1973 has been the site of Boots the Chemists.  All that remains of the Rose & Crown is a bunch of grapes (the historic symbol for a licensed victualler) which is 3ft high, made from a single piece of black oak and gilt coloured.  It still adorns the front of the building, whilst the decorative door canopy has been inserted into the rear wall of the newer building.

More detailed accounts including eye witness accounts of the fire can be found in Zofia Everett’s 2008 article which was published in the Saffron Walden Historical Journal and in Paul Wood’s recent book, titled From Station Officer Drane. The fire understandably still has a major emotional impact on the town’s residents even 50 years on.