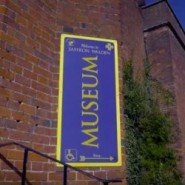 The museum features in a new video created to promote Saffron Walden and all that it has to offer. The video has been created by the Saffron Walden Initiative and it was launched at a special screening at Saffron Screen in November 2015. The video includes shots of various local attractions, including the Fry Art Gallery, Bridge End Gardens and Audley End House. Some of the museum’s galleries and star objects, such as our Anglo-Saxon ring and Wallace the Lion, also make an appearance.