Saffron is famous for being the world’s most expensive spice, with its distinctive aroma, rich honey-like flavour and trademark yellow hue. The history of Saffron is particularly relevant to Saffron Walden, which took its name from the spice. 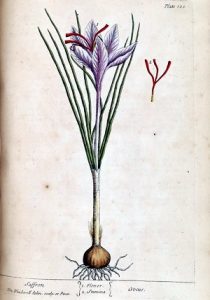 Saffron comes from the flower of the saffron crocus (crocus sativus), and its name comes from the Arabic word for yellow. The spice, the three stigma found in the flower of the crocus, is harvested between September and October, and the stigma are then dried. It is this process which gives the spice its hefty price tag, as the stigma must be hand-picked, and it can take thousands of flowers to produce a few ounces of dried saffron. Saffron is often referred to as ‘red gold’, as it is so expensive.

Today saffron is grown mostly in Iran, as well as in Greece, Spain, Australia, India and China. It can sell for anywhere between £5 and £75 a gram – good quality Afghan saffron sells for around £14 a gram. Because of saffron’s price tag, cheap substitutes are often passed off as authentic saffron – from the unrelated safflower to (in extreme cases) shredded paper or even horsehair being sold as cheap saffron.

The spice’s main use today is in cooking, famously flavouring and colouring a variety of dishes, from Swedish saffron buns to paella. It’s use is varied, and can today be found in cosmetics, such as skin cream and shampoo, or food products like coffee or salt. 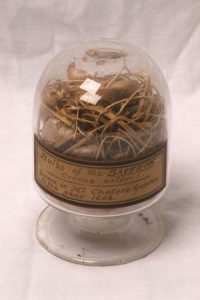 Saffron can be found throughout history. Cleopatra reportedly used it to infuse her bathwater, as well as to improve her complexion. Roman physicians recommended the rubbing of a saffron paste onto the heads of the mad, and Alexander the Great bathed his battle wounds with saffron and drank saffron tea.  Saffron was very popular during medieval times, used by cooks, physicians, dyers and even monks who sometimes used it to illuminate their manuscripts. Fashionable Venetian women used it to dye their hair during the 1500s, covering it with saffron, honey, egg yolk and sulphur and sitting in the sunshine until their desired colour was achieved. It was also traditionally used in medicine, as a treatment for various illnesses including menstrual problems, depression and asthma.

Saffron was grown around Saffron Walden for many centuries, and it was said that the soil from the area gave the saffron a distinctive flavour. William Harrison (1534 – 1593) said of the Saffron Walden saffron: “As the saffron of England…is the most excellent of all other…[the saffron] that growth about Saffron Walden in the edge of Essex surmounteth all the rest, and therefore beareth worthily the higher price”.

Not only was saffron grown around the town of Saffron Walden, it was also processed and sold here. The spice was sold at market in Newport and Saffron Walden in October and November. The trade brought prosperity to the town, and the name of the town changed, from Chepyng Walden to Saffron Walden, as a result. The earliest reference to the new town name is in a deed of 1582, which refers to ‘saffornewalden’. 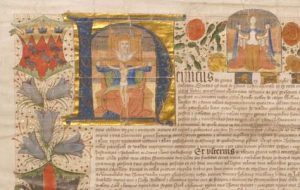 The crocus flowers can be seen on the left side of this town charter, which is on display in the museum’s Local History gallery.

A key industry surrounding saffron was its use as a dye, and Saffron Walden became well-known for its dying with saffron. The earliest reference to a dyeworks in Saffron Walden is dated to 1359. Saffron has been used as a dye since ancient times, but it was particularly popular as a yellow dye in the medieval cloth industry.

The saffron trade in Saffron Walden reached its peak in the 1500s. In 1514, Henry VIII granted the town a charter, which was decorated with the saffron crocus, showing how important the plant was to the town. It became a custom to present visiting dignitaries and monarchs with saffron. When William III visited Audley End in 1689, he was presented with a silver plate which cost £4 6s. 6d and fourteen ounces of saffron which cost £3 11s. 8d. After its peak in the1500s, the growing of saffron around Saffron Walden gradually declined due to the hugely labour intensive process required to harvest the plant, and saffron ceased to be grown at all in Saffron Walden in the 1700s. 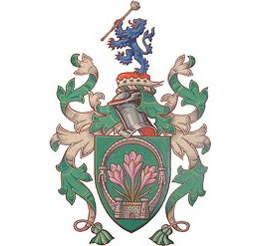 The Saffron Walden coat of arms. The crocus flower is central, surrounded by the walls of the castle (saffron, walled in)

The lasting impact of saffron on Saffron Walden is undeniable. Images of the crocus and saffron can be seen decorating buildings in the town, both historical and modern, including the parish church. The crocus is still on the town’s coat of arms, and of course the town’s name remains as a reminder of how important the crocus plant was to the prosperity and growth of this market town.

Recently, saffron growers have begun to return to the area. Authentic Essex-grown saffron is in demand for its historical reputation, and it can sell for £75 a gram in top London establishments – three times the price of gold.

Featured image: A sketch by Nathan Maynard of the crocus harvest around Saffron Walden.