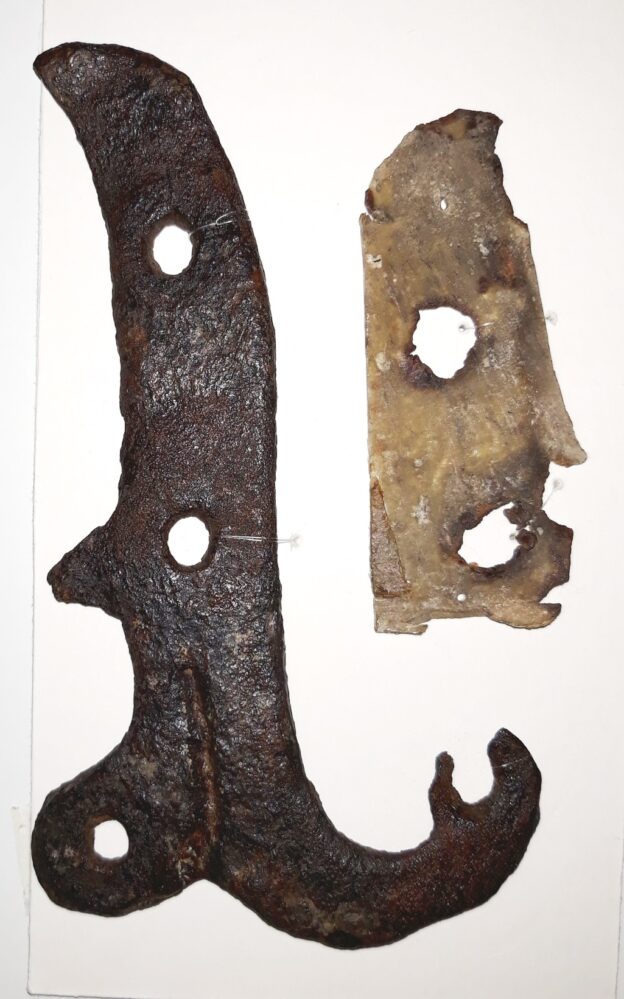 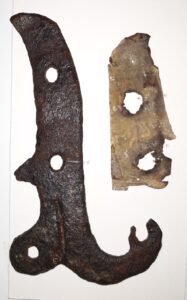 One of the exciting research projects to involve Museum collections has featured the scrap of alleged ‘Viking skin’ from the ancient north door of St Botolph’s Church, Hadstock. Local folklore holds that it came from a Viking who was flayed alive as a punishment for raiding the Church. Similar stories of so-called ‘Daneskins’ are associated with church doors at Copford, Essex, and Westminster Abbey, London. It is now 20 years since a tiny sample of the Hadstock skin was analysed at Oxford for the BBC TV series Blood of the Vikings (2001) and the results then suggested that its DNA profile was more cow-like than human. Now University of Cambridge researcher Ruairidh Macleod has used a new DNA analysis technique to investigate the Hadstock, Copford and Westminster Abbey ‘Daneskins’ and presented the results at the UK Archaeological Sciences Conference in Aberdeen last week. There is also an article in the New Scientist

The results confirm that the Hadstock skin is indeed cowhide, and lends weight to the theory that high-status doors, such as important doors in churches, were given hide coverings in the medieval period.