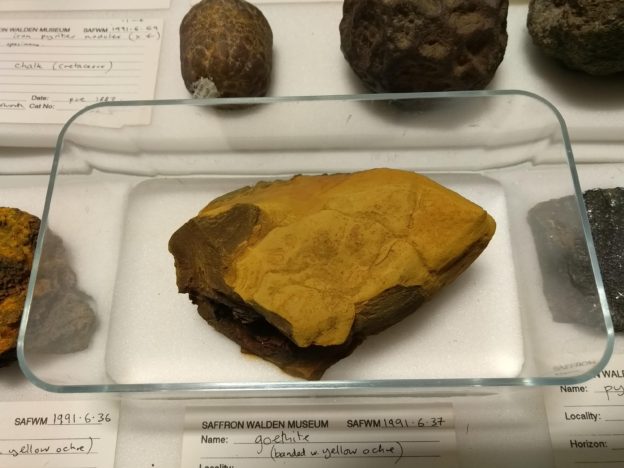 Limonite (pronounced “lime-on-ite”) is an iron ore similar to the more well-known iron oxides haematite and magnetite. It often forms as existing deposits of these other minerals react with water in an oxidation reaction, turning the iron oxide into iron oxide-hydroxide. This interrupts the regular crystal structure and opens up microscopic gaps that trap other water molecules in positions where they can’t chemically react and bond with the iron atoms. Water which forms part of the molecular structure of in this way is called ‘water of crystallisation’. 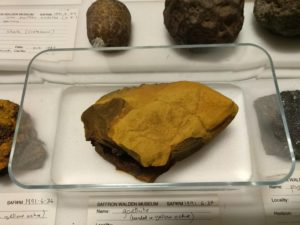 Limonite can be ground up to produce the pigment yellow ochre, famous from prehistoric cave paintings. This sample from the Museums’ mineral collection has yellow limonite on brown goethite, another form of iron hydroxide.
Image: © Saffron Walden Museum.

Scientifically, limonite does not meet the criteria of a ‘true’ mineral, which must have a consistent chemical formula and molecular crystal structure. Because limonite forms as a replacement for several other minerals, this means that the crystal structure is not consistent. Variations in the original mineral, the compounds dissolved in the water and the environment where it forms, also mean the relative amounts of iron oxide, iron hydroxide and water of crystallisation are not constant either. 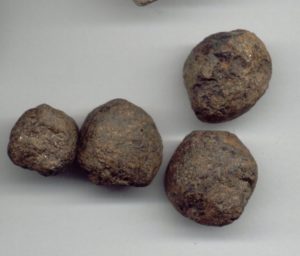 Limonite may be any colour from a rich yellow to a dark brown, and was used historically to make the yellow ochre pigment which is still produced in this way in Cyprus. Despite this variation in colour, an easy way to distinguish it from haematite is the ‘streak test’. This can be used to separate many minerals which may appear similar to the eye, by rubbing the mineral along a piece of un-glazed white porcelain. Limonite will leave a yellow-to-brown streak, whereas haematite produces a red streak. 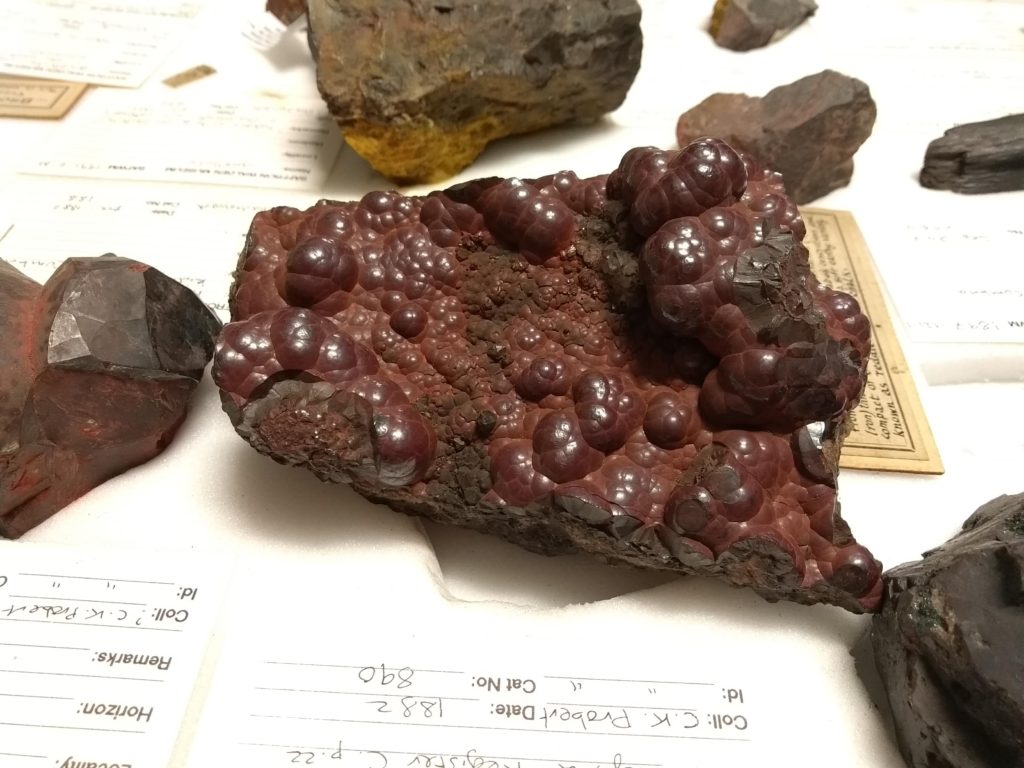 This is an easily-recognised form of iron oxide, haematite. The rounded, bulbous form is described as ‘botryoidal’, meaning grape-like in Greek.
Image: © Saffron Walden Museum