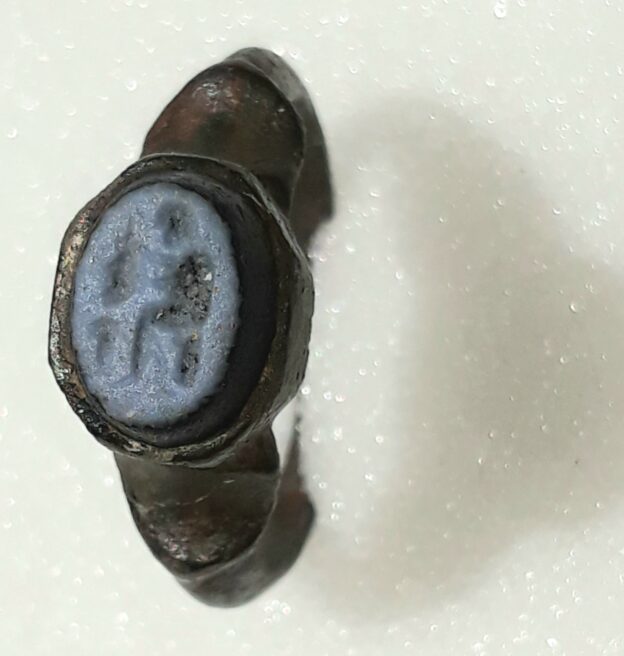 Stansted Mountfitchet has its origins in the medieval period, but there were earlier Romano-British settlements in the area. Saffron Walden Museum preserves some clues left by these small Romano-British communities.

The Parish Church of St Mary occupies the site of a substantial Roman ‘villa’ building. There are records of Roman pottery and building materials being found in the churchyard in the 19th century. When the Church underwent restoration in 1888, remains of a tessellated floor were found. The contractor Mr Glasscock saved a piece and gave it to the Museum in 1919. The Museum also has pieces of Roman roof and box-flue tiles collected in the churchyard by J J Green in 1891. Box-flue tiles formed flues which vented the hot air from underfloor heating up through the walls.

Mr Green also recovered much Romano-British pottery from a site off Limekiln Lane. The pottery which he gave to the Museum appears to come from a typical farmstead or small settlement, not as well-to-do as the villa on the Church’s site.

A Roman silver ring (pictured below), set with an engraved glass paste gem, was found near Stansted in 2016 by a researcher and detectorist. The ring dates to AD 200 – 300 and the tiny engraving on the gem shows a metalworker at an anvil. He could be either Vulcan, the god of fire or Daedalus, a mythical craftsman and father of Icarus. Saffron Walden Museum acquired the ring through the Treasure Act. 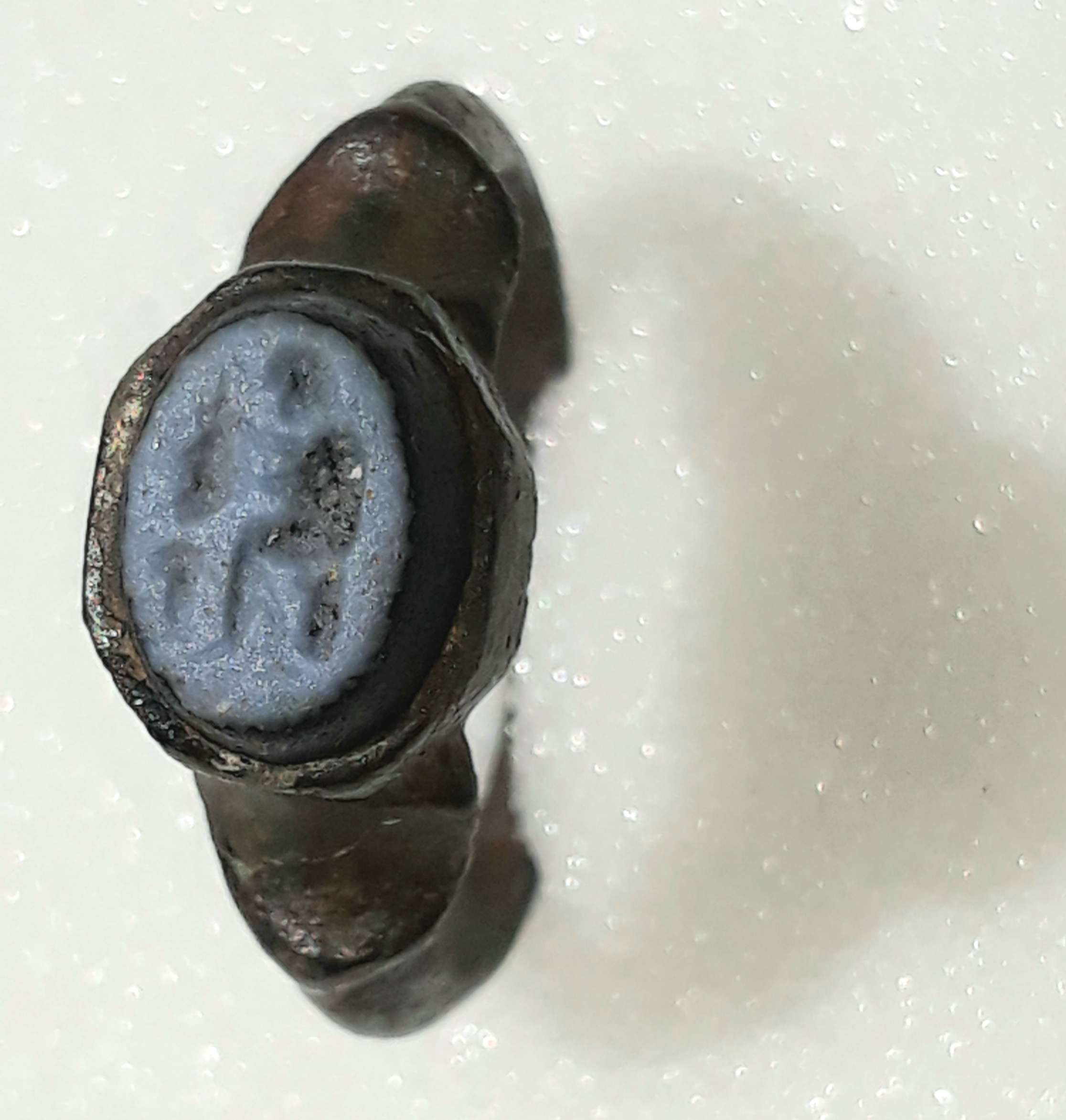