This case is arranged to show which butterflies live in the Saffron Walden area today (left), and which are extinct (right). 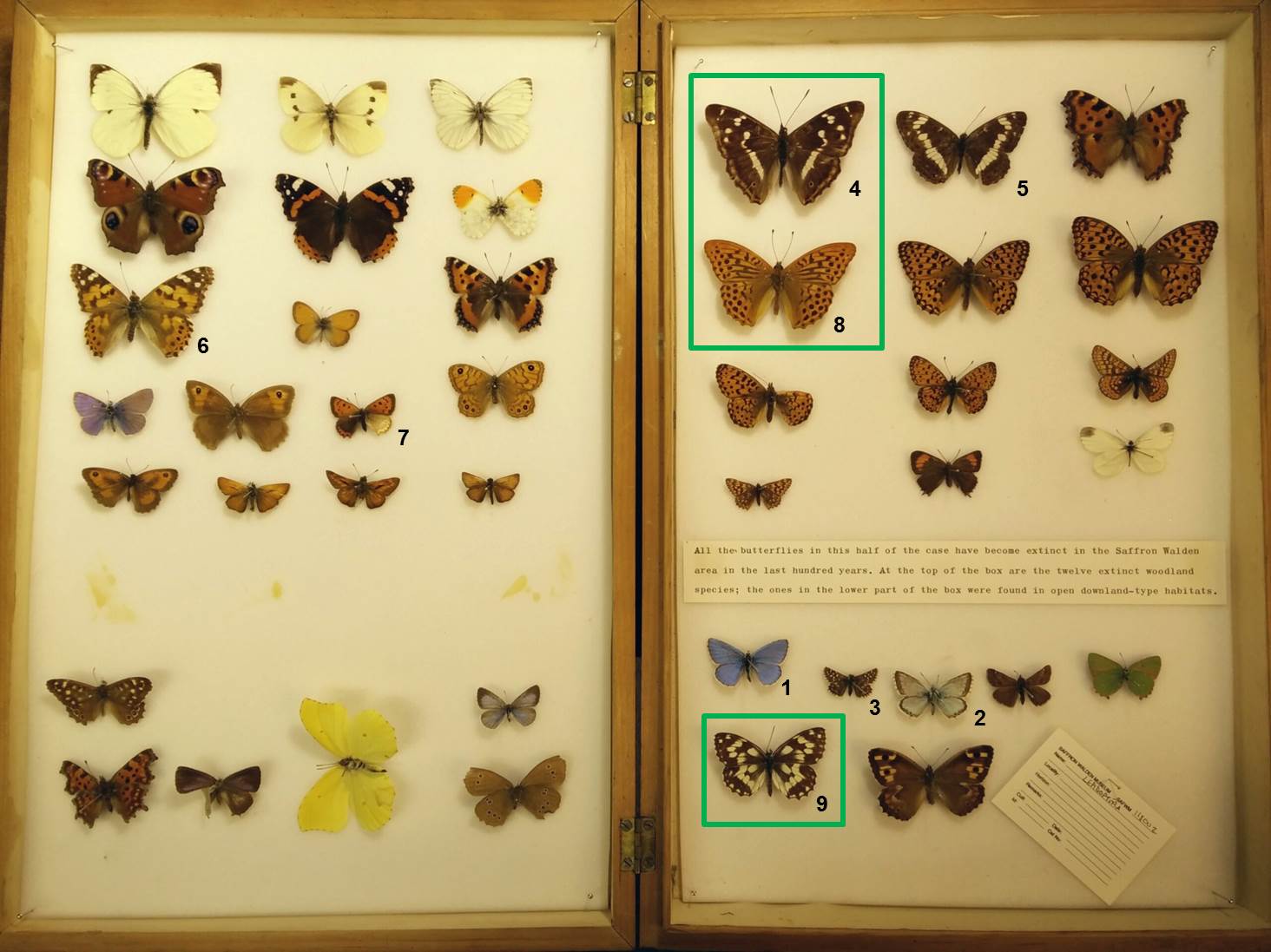 These butterflies died off mainly because of changing land use in the 19th & 20th centuries. Butterflies such as the Adonis blue (1) and chalk-hill blue (2) prefer large areas of chalk wildflower meadow, grazed by sheep and cattle. However, much of this land was converted to crop farming in the 1800s and these specialist insects died off. Other changes, such as the end of coppicing in woodlands, removed the open wooded habitat that butterflies such as the grizzled skipper (3) thrive in.

Species like the purple emperor (4) and white admiral (5) feed on the sugary waste products from aphids (honeydew). Pollution from coal burning may have contributed to these butterflies’ extinction as the toxins could dissolve into the honeydew on the leaf surface.

However, 2019 has been a very good year for some impressive larger butterflies too, with lots of painted ladies (6) arriving in Britain from the Mediterranean as they migrate north. Protected roadside verges in Uttlesford also provide good chalk grassland habitat for species such as the small copper (7).

There is also some very good news for three ‘extinct’ species (green boxes in main image). The purple emperor (4) returned to Uttlesford about two years ago and has been seen in Shadwell Wood and Rowney Wood, two local Essex Wildlife Trust nature reserves. The silver-washed fritillary (8) was first seen again about five years ago and is now known from Shadwell Wood, Rowney Wood and Hatfield Forest. The marbled white (9) has also been spotted at Harrison Sayer and Noakes Grove nature reserves and along some protected roadside verges over the last two years. The return of these three species in protected areas of countryside and special habitats show just how important effective conservation efforts are in supporting our native wildlife.