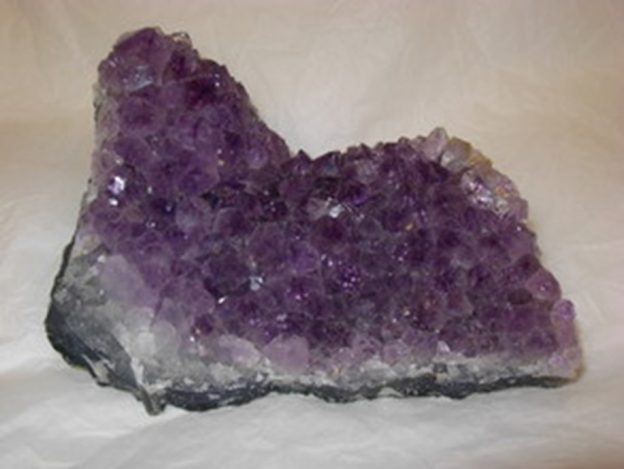 February’s Objects of the Month are minerals with connections to love and relationships, in honour of St Valentine’s Day on 14 February. 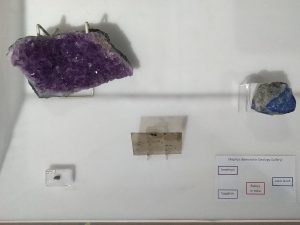 Amethyst is the birthstone for February, but as a symbol of love, St Valentine is said to have worn an amethyst ring so Christian couples in Ancient Rome could identify him. Valentine was a priest who carried out forbidden Christian marriages and married young couples, when the Roman empire persecuted Christians and preferred their soldiers to be unmarried men.

Lapis lazuli can represent truth and friendship, and in Christianity represents the Virgin Mary. With the blue of the sky and gold of the sun, it represents success in Jewish traditions, while beads found in the ancient town of Bhirrana from 7500 BCE are its oldest known use by people. The remains of Bhirrana are in the Indian state of Haryana.

The deep red colour of high-quality rubies means it is associated with love and passion in modern societies. Throughout history it has been popular in Burma (Myanmar), Hindu culture and China as a protective gem in battle or to secure good fortune when put beneath a building’s foundations. In the UK, it is the traditional gift for a 40th wedding anniversary.

Sapphires are popular for engagement rings, as used for Lady Diana’s engagement ring from Prince Charles. Sapphire is the traditional gift in the UK for a 45th wedding anniversary and can symbolise truth and faithfulness. Ruby and sapphire are actually the same mineral (corundum), with different colours depending on small amounts of other metal atoms included in the crystal. Chromium makes the ruby red, while blue sapphires are coloured by iron and titanium.