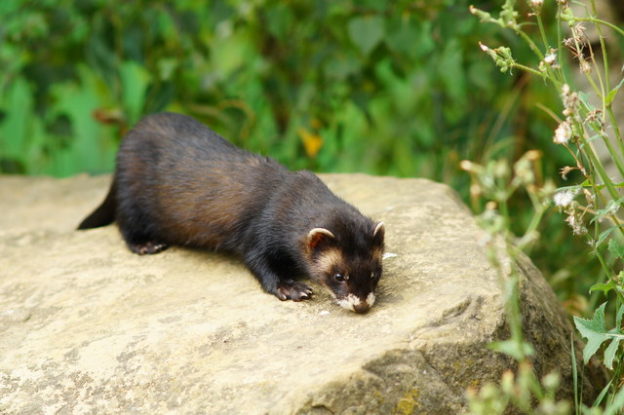 The European polecat, Mustela putorius, was thought to be extinct in Essex since 1880 thanks to persecution from gamekeepers. The first modern sighting was in 1999 near Wendens Ambo and there are now numerous records from north-west Essex, though only from roadkill specimens. 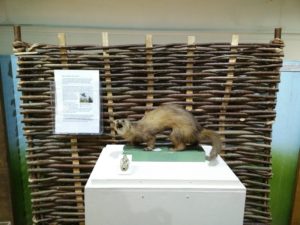 Polecats are larger than the related stoats and weasels, and regularly hunt large prey like rabbits. They also hunt game birds, which caused their historic conflict with gamekeepers, and were easily caught in rabbit traps, which contributed to their near-eradication. More relaxed gamekeeping after WWI, and the end of commercial trapping to control rabbit numbers, allowed polecat populations to spread from mid-Wales to Northamptonshire. The modern local population probably came from a breeding and release programme in Hertfordshire in the 1980s.

Canny carnivores
They belong to the group of specialised mammals known as carnivores, which includes cats, dogs, bears and seals, and means that their teeth are adapted to catch prey and cut through meat and bone. 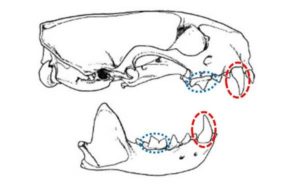 The large canine teeth are used to catch and hold struggling prey, while long and sharp teeth (carnassials) at the back of the mouth can slice meat from the bones. Polecats can also use their long canines to catch prey by biting through the rear of the skull and into the nerves of the spinal cord. This paralyses but doesn’t kill the animal, so the polecat can store fresh food in its burrow. 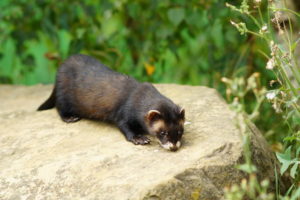 Recording polecat sightings is very important to modern conservation efforts. Most sightings happen when males are active during the mating season in early spring, and in early autumn as young polecats move away from their birth place. You can help identify roadkill specimens, but only if it is safe. Wear gloves to move the animal to a safe place – you only need 3 photos: one of the underside, including the head, and photos of the head from the side and above. Polecats have dark paws and dark fur on the face which reaches to their dark nose, with pale cheek patches (see photo).
If you think you have seen a polecat, please contact Essex Field Club and include any photos you may have. Their contact details can be found at www.essexfieldclub.org.uk.